Low-carb diets are all the rage, but a new study indicates that people who significantly restricted their carbohydrate intake increased their risk of mortality from common causes.

Low-carb diets have proven short-term benefits for weight loss, blood pressure, and fatty liver, as well as important blood parameters, like blood sugars and lipids. However, little was known about the long-term effects.

In this edition of Science Bites, we look at a study that investigated the causes of mortality for nearly half a million people following a low-carb diet. As usual, we focus on the important findings, the data used, and what it could mean for the future of human health.

Don’t worry, we won’t get bogged down in complex statistics (of which the study is replete). Instead, we’ll break it down into simple, digestible morsels of knowledge to help you understand and navigate that all important question: what’s for dinner?

What is a low-carb diet?

Low-carb diets significantly restrict the portion of carbohydrates in a person’s daily food diet for health and weight loss purposes.

There are three types of macronutrient in the food we eat every day: fat, carbohydrates, and protein. Each one performs an essential role in our body. And humans have long known that tweaking the ratio of macronutrients, as well as the quantity and frequency of meals, can induce changes in the body.

For example, a low-carb, high-fat diet is able to control seizures caused by refractory epilepsy that doesn’t respond to treatment with drugs. A plant-based diet can lower blood cholesterol, while a high-protein diet can help build muscle mass in athletes.

Low-carb diets are really nothing new, like keto, but they have attracted media attention and are trending topics on Google. This is largely due to celebrity endorsements and a slew of diet gurus with effective online marketing strategies.

The ketogenic diet: what happens in your body and microbiome?

But that is not to say that low-carb diets do not have positive outcomes for health. Indeed, there is plenty of science indicating a range of short-term benefits in treating and managing chronic, preventable diseases of the modern world, like diabetes type II, obesity, and cardiovascular disease.

That’s because reducing the amount of carbs can help stabilise blood sugar and lipid levels while improving hypertension and reducing excess fat build-up around the liver.

But such applications must be overseen by a doctor and have a medical purpose. However, even medical practitioners agree that the long-term outcomes have yet to be determined.

In addition to that, there is a growing body of evidence showing that whole carbohydrates from plants are an essential source of fuel for beneficial bacteria in the gut microbiome.

Therefore, by consuming more fats and more protein, it can limit the diversity of bacteria in the gut and hinder their health-promoting functions for the human body.

Low-carb diets in this study

This study compared data from several studies to see if they could find some evidence about the long-term outcomes of a low-carb diet.

This meta-analysis used prospective cohort studies, in which the researchers analysed data collected from individuals over time to assess links between their dietary intake, all-cause mortality (total number of deaths), and specific causes of death too (cause-specific mortality).

Data from ten
different sources was used to create this meta-analysis. The first analysis focused on dietary information and causes of death from the National Health and Nutrition Examination Survey (USA) from 24,825 participants.

The researchers then applied this methodology to nine prospective cohort studies with 462,934 participants (including 45,609 deaths) that contained similar data to the NHANES study. Below, we’ll explain the details of what they found.

The researchers first analysed information collected from 24,825 individuals who participated in the National Health and Nutrition Examination Survey (USA) from 1999 to 2010. The data included dietary intakes, sex, and causes of death.

Women were most likely to follow a low-carbohydrate diet with the highest carbohydrate intake (49–66% of total macronutrients), consuming between 820 kcal and 1,468 kcal of carbs per day. The rest of their diet was made up of 276–308 kcal of protein, and 585–657 kcal from fat.

Men dominated the most severe low-carb diets (just 39% carbs), with the highest amounts of energy from fats (945 kcal) and protein (412 kcal). This may not be surprising, as historically protein has been promoted as a “masculine” macronutrient because of its role in building muscle.

Interestingly, in the social breakdown of participant data, the researchers noted some curious trends. The majority of individuals who had “less than high school” education were found in the category of people who consumed the strictest low-carb diets.

In general, the study showed that those with the most restrictive low-carb diets had 32% higher risk of overall mortality. It also indicated that the more restrictive the diet was, the higher the risk of dying from cardiovascular disease and cerebrovascular events (for example, a stroke), as well as cancer.

Indeed, those who consumed the least amount of carbs, and the most protein and fats, were 50% more likely to die of cardiovascular causes, 51% more likely to die from cerebrovascular events, and 36% more at risk of death caused by cancer, than those who followed a low-carb diet with the highest proportion of carbs.

Furthermore, this analysis showed that there was a stronger link between overall mortality for non-obese people on a low-carb diet, than those who were obese.

☝️Other studies☝️ Low-carb diets were associated with overall mortality, and higher risk of death from cardiovascular causes and cancer in 462,934 participants from nine other datasets.

Low-carb diets have proven short-term benefits, but the long-term outcomes were unknown. This study sheds some light on what can happen.

When these diets are prescribed and overseen by doctors, they are usually designed for short-term use in order to improve specific health features, like weight, cholesterol, and blood sugar levels.

However, the Internet, the media, and celebrity endorsements made it possible for therapeutic diets, like the low-carb one, to thrive outside of medical supervision, and often for cosmetic purposes, like weight loss alone.

This study finally sheds some light on how low-carb diets may negatively affect our health over the long term, and hopefully lead to more specific studies on what happens in the body. This is especially important in a day and age where preventable diseases are some of the world’s biggest killers. 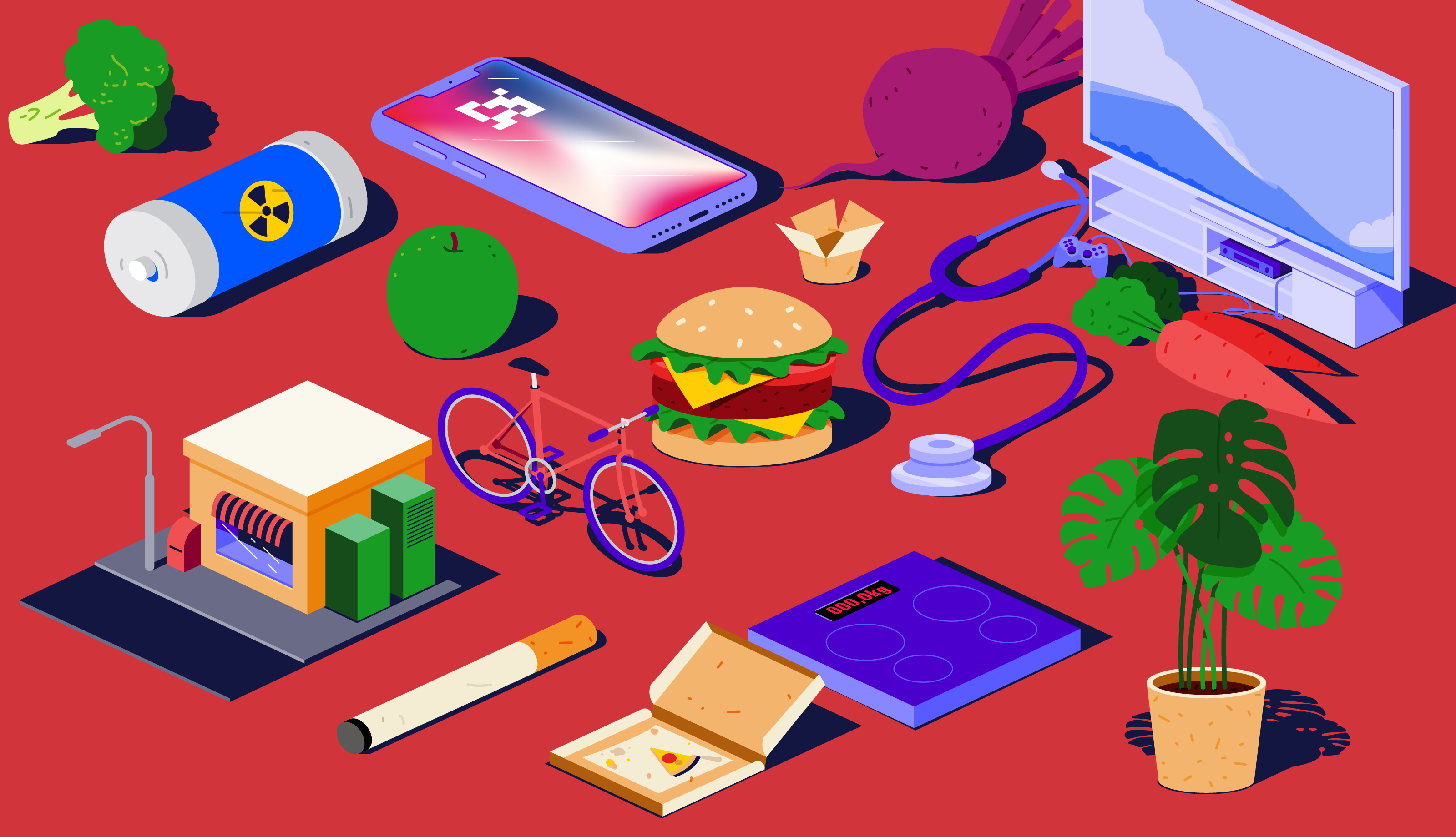 From our experience in the field of the gut microbiota and health, we know that whole, plant-based carbohydrates found in vegetables, fruit, grains, legumes, seeds, and nuts provide gut bacteria with essential sustenance to perform functions that support our health and protect from disease.

Studies already show that the ketogenic diet can affect the diversity of bacteria in the human gut, as well as their health-promoting activities, which can have knock-on effects for the body at large.

For these reasons, we support the scientific investigation of all diets and foods for our health to help people find more sustainable and less restrictive means of achieving and maintaining health for long.

☝️Get a disease risk profile☝️and health review with our DNA and Microbiome Tests. Subscribe to the blog for 10% off your purchase.

What Is Fiber And Why Is It Important For Health?