Why Does My Sweat Smell Like Vinegar? A Guide To Perspiration And Body Odour

Clammy pits, sticky crotches, and stress sweats could be part of your DNA. Find out what causes body odour, why some people smell worse than others, and what specific perspiration smells say about your body.

The human body has millions of sweat glands. Most of them are eccrine glands that are designed to help regulate core body temperature. The strongest smells are produced by apocrine glands, which are located in key positions at the armpits, genitals, face, scalp, and breasts.

Even though humans share 99.9% of their DNA, not everyone has strong body odour. Irritatingly, some people can happily go without deodorant, while others can barely break a sweat without others raising an eyebrow.

Upon occasion, a change in sweat smell may even surprise the host with a raw and potent fragrance of vinegar, ammonia, yesterday’s alcohol, or even cannabis. That’s correct, right now, someone in the world is googling “why does my sweat smell like weed?”.

Sweating is an essential part of your body’s temperature control system. Eccrine glands are found all over your body and their job is to cool you down by evaporation: the sweat is converted to gas, which removes heat.

Perspiration prevents your body from overheating which, in extreme cases, can cause your muscles, brain, and other organs to shut down. A stable body temperature is so important that there are 2–4 million eccrine glands all over your body, whose main function is to keep you cool.

Plus, eccrine sweat may also have moisturising and hydrating properties, as well as an antimicrobial function to help maintain a balanced skin microbiome.

Excessive perspiration and heavy sweating depend on how active your sweat glands are, not how many sweat glands you have. Some people’s eccrine glands have higher secretion rates than others, which results in more sweating.

If you’re wondering why does sweat smell, then blame your apocrine glands. Although there are far fewer apocrine glands than eccrine glands, they produce a thicker oilier substance that contains more lipids, but also proteins, sugars, and ammonia.

Apocrine glands are scent glands. Theoretically, the smell of sweat can help you recognise relatives, and perhaps even influence sexual attraction. In a 2015 study, women rated the perspiration of men on a garlic-rich diet as “more pleasant, attractive, and less intense” than men who didn’t follow this diet. But diet isn’t the only thing that influences bad body odour.

Apocrine sweat is also delectable to the bacteria that live in the warm, moist cracks and crevices of your body. Even though sweat is believed to be odourless, the bacteria living in these places break down the ingredients of sweat and turn them into stinky molecules such as:

If you have a body odour problem, the potency of your sweat smell could be related to your genetic make-up. Variations in the ABCC11 gene influence the intensity of body odour, which is why some people don’t need deodorant and others can’t go a day without it. This same gene also influences your earwax. 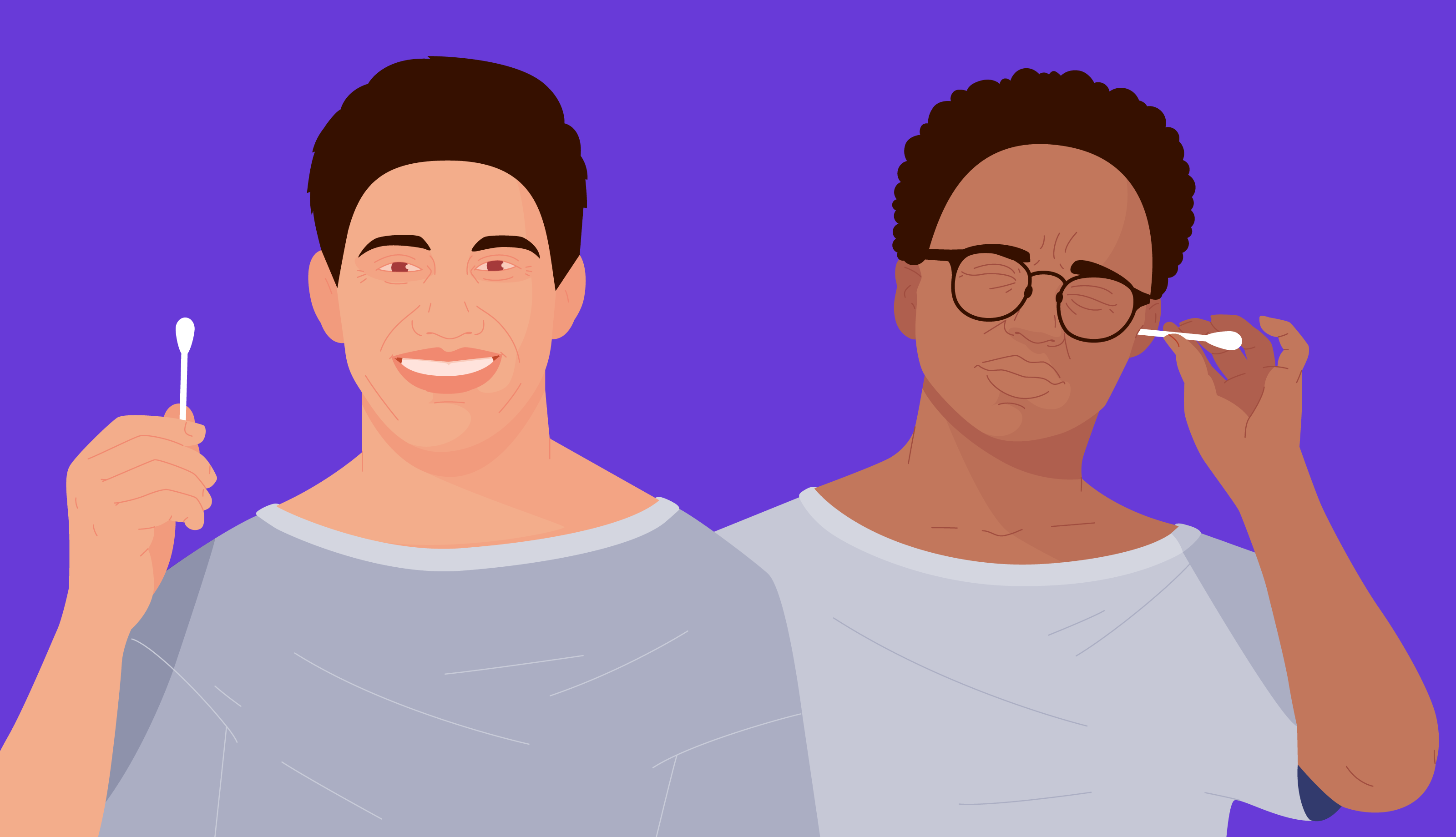 The definitive guide to wet and dry earwax

If you have wet earwax, you are more likely to smell of sweat than people with dry earwax. This is related to your genetic ancestry: people of East Asian descent tend to have dry earwax and low body odour, whereas those of European and African origins smell stronger and have sticky earwax.

TIP Find out what your DNA says body odour potency, earwax composition, and genetic ancestry with the Atlas DNA Test.

Body odour in children and teenagers

Body odour changes as children reach puberty, which is when apocrine glands kick in. The hormones racing around the body during these changes make sweat glands particularly active, resulting in many jokes about the smell of teenage boys.

This is confirmed by Dr. Nikogosov, a medical doctor and director of our bioinformatics at Atlas Biomed. “During puberty, sex hormones cause sweat glands to work 24/7. They also cause more lipids to be excreted, which encourage the odour-producing activities of bacteria,” he explains.

Researchers have found the cause of this iconic fragrance: species of Staphylococcus bacteria. These naturally-occurring microbes produce sulfurous and sour-smelling compounds as they break down the sweat of prepubescent children and teenagers.

Your perineum is a prime location for apocrine sweat glands that cause the groin sweat smell. This location is also home to its very own ecosystem of bacteria that can turn the ingredients of your sweat into a bouquet of unpleasant smells.

If you also have a natural propensity to excessive perspiration, a hair-trigger stress response, and a genetic predisposition to strong body odour, then sadly, you are a prime sweat crotch candidate.

Some conditions can worsen this problem, like a hot and humid climate or non-breathable fabrics that trap moisture in this area. In extreme cases, this can develop into crotch sweat rash, known to medical professionals as intertrigo.

How to stop crotch sweat

Fortunately, there are some very simple changes you can make right now to tackle crotch sweat. Start by buying breathable fabrics, including cotton underwear, and keep your groin clean, dry, and aerated.

“Try manspreading to let cool air circulate around this area. You can also trim your pubic hair, but don’t remove it completely”, recommends Dr Nikogosov. These simple steps will remove the moist conditions that cause sweating and enable bacteria and yeasts to reproduce.

Sweating when you’re stressed is completely normal. Both apocrine and eccrine sweat glands can be triggered by emotional stimuli. That’s why interviews and arguments can cause you to perspire, even in the middle of winter. The stress sweat smell is caused by bacteria feasting on the compounds secreted by your apocrine sweat glands.

How to stop stress sweat?

For long-term relief, you should start at the root cause: managing your stress response. Nowadays, there are many free and cheap ways to calm your nervous system, such as yoga, meditation, or deep breathing, which can lower your susceptibility to stress.

In some instances, you may notice a change in body odour that comes with a very specific smell. It could be day-old alcohol, onions, or even illegal substances. Fortunately, there’s often a very good reason for it according to Dr Nikogosov.

Bacteria love apocrine sweat because it contains fuel for their activities. Some of them turn sweat molecules into stinky compounds like sulfanyls and thioalcohols with sulfurous aromas reminiscent of garlic and onions (two members of the Allium plant genus).

Why does my sweat smell after drinking alcohol?

Smelling like last night’s booze is a common side effect of a hangover. “Sweating is also a excretion system, like the kidneys, but on a much smaller scale. Alcohol metabolites (acetaldehyde & acetic acid) are excreted through sweat glands and cause specific smell,” explains Dr Nikogosov.

Cannabis is a very strong-smelling plant, and this may cause an infrequent body odour problem. A minor function of sweating is to evacuate waste products via the skin. Like alcohol, cannabis metabolites can be released by the sweat glands, resulting in a distinctive fragrance of sweat.

It could be caused by a build-up of ammonia in your system due to dehydration or a meat-heavy diet. “Ammonia is one of the main waste products of protein metabolism. Most of it is removed from your bloodstream by your kidneys, but sweat glands also excrete it,” Dr Nikogosov points out.

Fishy body odour is unpleasant, but it’s not necessarily a sign that something’s wrong. As Dr Nikogosov reports, “This smell can be caused by specific bacteria which metabolise ammonia and other excreted wastes. Ammonia contains nitrogen as well as amines - fishy body odour molecules.”

How to prevent body odour

Perspiration is normal, but for social reasons, it’s important to keep it under control when possible. To prevent body odour, start with a daily hygiene routine that includes a shower and thoroughly drying your skin, especially the cracks and crevices. 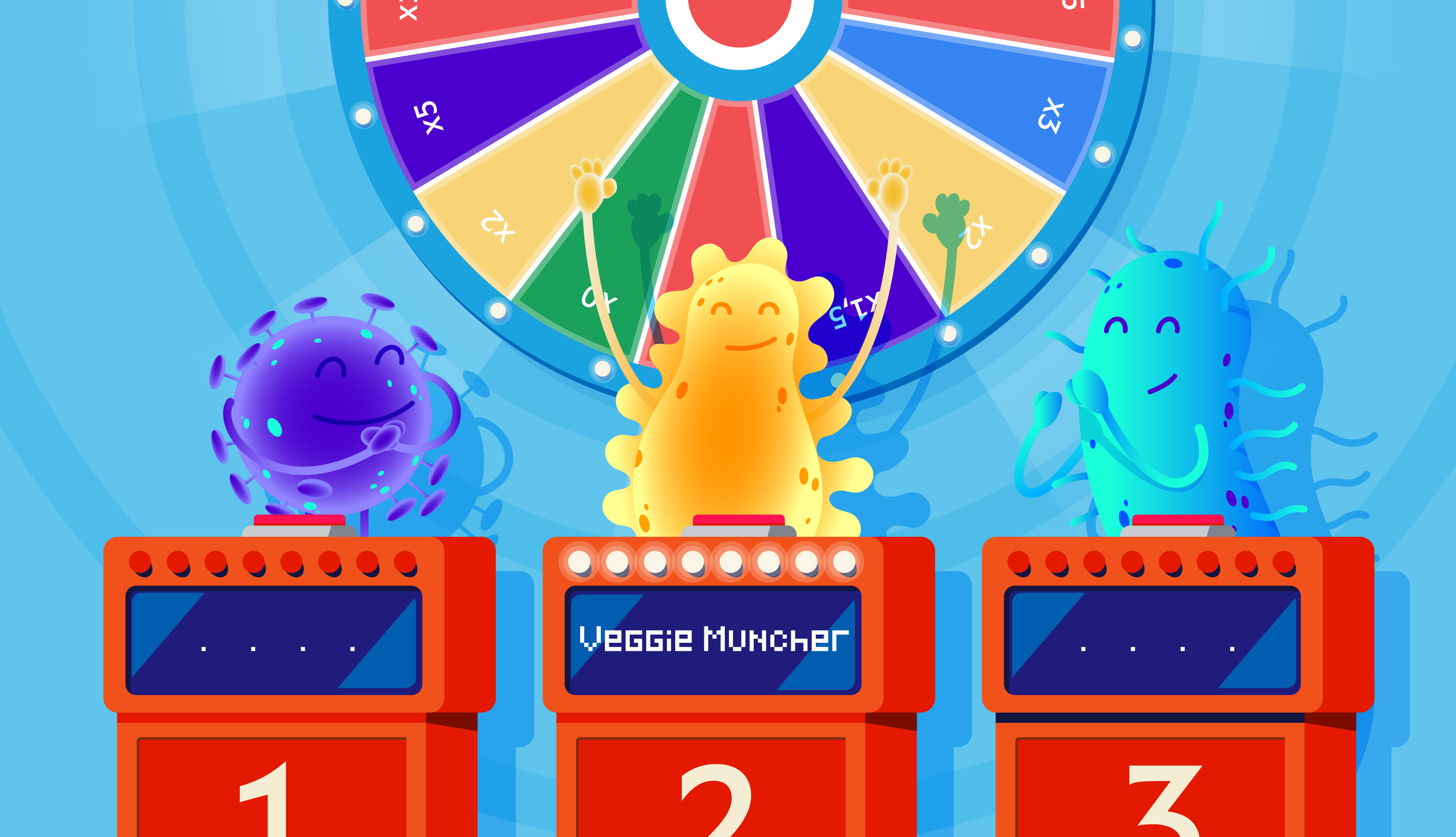 Five unusual and amazing microbes for your health

Make sure to find the right antiperspirant for your body. If the one you’re using isn’t working, try another one. If you’re already at the end of the line and don’t know how to keep your body odour under control, ask your doctor for help. Don’t be worried or ashamed because there are prescription-strength deodorants you can get.

How to stop perspiration with botox

In extreme cases, botox might be a solution too. According to Dr Nikogosov, “it is one of the most efficient ways to stop sweating in armpits. Botulinum toxin is injected in the armpit skin and the effect lasts for at least 6 months. Other skin sites will still sweat so it won’t impair your body’s perspiration mechanism.”

☝️Always consult your doctor before undertaking any kind of botox treatment for your sweating.☝️