Welcome to our Beat The Bloat series that explores all the common causes of bloating and how you can remedy them with simple fixes and good habits.

☝️DISCLAIMER☝️ Always consult a GP if you suspect a food intolerance and before removing food groups from your diet. Changes in eating habits should be overseen by registered healthcare professionals who are qualified to guide patients in the correct application and implementation of medically-indicated diets.

Today, we’re going to discuss the innocuous causes of bloating that are surprisingly common and still inappropriate topics for the dinner table: lactose intolerance, menstruation and sodium.

Because it’s rude to tell the host they’ve oversalted the meal, they didn’t know that hot dogs contain milk and no one wants to hear that your period pad has reached max capacity. But these are the facts of life, so the sooner we embrace them, the better we’ll all feel. 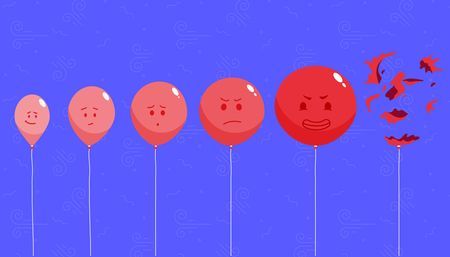 Before we start, let’s just lay down some interesting reference points for the different manifestations of “feeling big”, should it be a chronic issue or causing so much discomfort that a doctor’s visit is required.

Because bloating is pretty much all the same for us civilians, but doctors require precision in the terminology. And when you’ve only got 5–12 minutes with a healthcare provider, it’s good to make it count.

For healthcare providers, bloating is used to describe gassiness and a sensation of fullness around the midriff. Sometimes it can be more than a feeling: if there is measurable swelling around the gut, it is called abdominal distension.

Another variation is when your wedding ring becomes a bit too tight or your clothes feel smaller than they did yesterday. You might say you’re bloated, but it might be fluid retention. 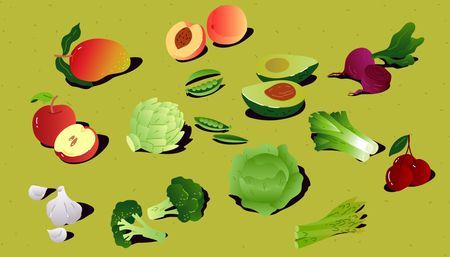 If you missed the previous parts of this series, you can click on the links to your right to learn more about the ABCs of bloating. We explore exciting topics like alcohol, air travel and constipation in the first part, followed by a plethora of food-meets-microbiome gassiness in the second part on dysbiosis, dietary fibre and FODMAPS.

Milk: not everybody likes it

Lactose is a type of sugar found in milk and dairy products. The body requires an enzyme called lactase that is secreted by the small intestine (where nutrients are absorbed) to break down this sugar. Interestingly, the majority (about 65%) of humans lose the ability to digest milk once the period of breastfeeding is over.
65%
lactose intolerance in world population

How the body manages lactase is determined in part by a person’s DNA. One can be “lactose tolerant”, referred to as lactase persistent by geneticists because the body produces this enzyme throughout adulthood.

This trait makes European populations and their descendants in North America and Australia, and Russian populations to the northern tip of the Pacific coastline are rather unique. Elsewhere, it is patchy and often associated with small groups with a heritage of animal husbandry.

Most humans are lactase non-persistent, this means their bodies stop producing enough lactase after breastfeeding, rendering them lactose intolerant after infancy and throughout their lives. It is most prevalent in East Asia, where up to 90% of the population have this genetic trait.

The production of lactase is not totally interrupted, it’s just not sufficient to digest milk. That explains why some lactose-sensitive people can still consume some levels of dairy or cultured dairy like cheese, yoghurt and kefir, because the bacteria break down the lactose during the process of fermentation, thus reducing levels of this sugar.

Symptoms of lactose-intolerance arise within 30 minutes to 2 hours after consuming dairy products. They include bloating, flatulence, abdominal pain and diarrhoea.

☝️BEAT THE BLOAT☝️If you suspect that you might be lactose-intolerant, contact your doctor. In the meantime, keep a food and symptom diary to compare what you’ve eaten and the onset of symptoms. This will be an incredible handy tool to identify any other potential triggers and find the most efficient solution to manage your digestive discomfort.

As the crimson tide prepares to rear its ugly head and shed its uterine lining to facilitate the propagation of the species, the female human may experience a hormone-induced hurricane of discomfort. Ladies whisper complaints about their bits behind closed doors, but it’s no fun not fitting into your fat pants, so let’s discuss what’s going on.
5%
UK tax on female sanitary products

Before we get into this, it’s worth nothing that for many centuries, science was dominated by white men of a certain age, who assumed that studying the physiology of similar white-men-of-a-certain-age would turn up answers applicable to all. Needless to say, they had no firsthand experience riding the cotton pony.

Women tended not to interact, female education was dedicated to household management and generally it was not appropriate to discuss Auntie Flo anywhere, let alone the dinner table. As a result, the secrets of the Lady Garden were sketched in broad strokes and are really only getting attention now.

A reproductively active female body undergoes a menstrual cycle in which an egg is released (ovulation), goes unfertilised and eventually breaks down and is discarded along with the lining of the womb or uterus. Some eggs are fertilised, but that's another story.

All these activities are managed by a precise process of hormone variations that induce physiological changes dominated by oestrogen and progesterone. It is the latter (and probably others) that's involved with premenstrual syndrome and its sidekick bloating.

Overall, the scientific community is split over the nature of menstrual bloating, whether it is caused by fluid retention or something else. A 2011 review of premenstrual syndrome by 3 MDs highlighted the absence of weight gain in participants of previous studies with severe abdominal bloating. And usually, if you're retaining water, you should also weigh more too.

A 2018 meta-analysis of 35 studies on the topic of alcohol intake and PMS revealed a moderate association between drinking and risk of premenstrual syndrome, with heavy drinking the most likely. This is not a surprise though, as we already know from the first Beat The Bloat, alcohol causes bloating and hangovers make people grumpy (at best).

One small study of premenstrual fluid retention followed 60 women for one year. The authors concluded that bloating actually peaked on the “first day of the flow”, contradicting the general theory that it is a symptom of premenstrual syndrome. They also found no correlation with estradiol or progesterone levels.

Interestingly, fluid retention scores in runners were nearly double those of normally active women (39 vs 23). However, even though several parameters were measured by the researchers, the study did not actively assess fluid retention. Rather, the female participants were filled in a menstrual diary where they were self-reported bloating on a scale 1 to 4.

☝️BEAT THE BLOAT☝️Use an app to track your cycle and symptoms. As you accumulate data on your body’s personal responses to the female cycle, you can develop strategies to minimise discomfort. Drink plenty of water, avoid alcohol, excessive salt consumption and gassy fibre in the lead up to shark week.

The world’s favourite culinary mineral has the ability to heighten flavour and most importantly, preserve food. It also has a number of medical applications, including wound cleaning, hydrating dry eyes and intravenous injection to treat dehydration and as an emergency blood loss solution
75%
total sodium intake comes from processed foods

This is because salt has the ability to balance fluids in the body, attracting water into the bloodstream and around cells. That’s why it’s used to treat dehydration and as a bulking agent to add volume to circulating blood if person has suffered severe haemorrhaging in a non-hospital environment, like a car accident.

Like everything else in the world, it comes with risks, and in this case, we’re focusing on bloating. Though it’s good to remember that really excessive consumption of salt, usually due to processed foods, can put a strain on the kidneys.

We also won’t discuss the link between salt and blood pressure, a topic that’s still under investigation and may affect certain subgroups of the population more than others.

We’re going to focus on what to do when you’ve had a takeaway or perhaps a meal hosted by a heavy-handed family member that leaves you hot, bloated and gasping for water late into the night. We’ve all been there and we all want it to end as soon as possible.

☝️BEAT THE BLOAT☝️Drink water, it dilutes the sodium in your bloodstream and interstitial fluids, causing you excrete the excess sodium, which in turn reduces fluid retention. This may seem counterintuitive to consume more water to get rid rid of excess water, but it is an effective way to rebalance sodium levels and minimise water retention. Oh, and stop ordering from that take-away!

Thank you for coming on this exciting exploration of subjects that you’d rather not discuss with your friends. It can be hard to stuff all that knowledge in such a small cerebral cavity, so we’ve prepared a helpful summary for you below.

If you’ve taken the Atlas Biomed DNA Test, you can check your genetic predisposition to the lactose intolerance using the link above.

1. Alcohol makes you pee more, causing fluid retention the next day.
2. Air travel causes a combination of bloating and fluid retention.
3. Constipation due to low-fibre diets leaves food inside you for longer.
4. Dysbiosis can lead to uncontrolled gast production by bacteria .
5. Increasing fibre intake raises short-term gas production.
6. FODMAPs are dietary fibres that some people find harder to digest.
7. Lactose intolerance is caused by a reduction in lactase enzyme secretion.
8. Menstruation causes bloating and/or fluid retention.
9. Excess salt can increase blood volume and is linked to processed foods.