Do Siblings Have The Same DNA: The Facts On Family Genetics

Sibling DNA means you're more similar than anyone else, but do you share the same DNA? Not really. Here’s why your parents didn't make exact replicas.

Results of DNA testing for siblings can be cause for confusion. Especially since you could have different DNA percentages in the ethnicity section. Don't worry, we'll walk you through the science of gene inheritance, how much DNA do siblings share, and explain why surprising differences can occur.

Can a child have more ethnicity than a parent?

Imagine your sister took the Atlas DNA test. She can't wait to tell you about her personalised health suggestions and an odd photic sneeze reflex. Feeling a little jealous, you become curious about your DNA too.

As biological siblings, you both got your genes from your parents. So you could be forgiven for thinking that, if your DNA comes from the same source, then you must share most of it. Well actually, there can be striking genetic differences between brothers and sisters. 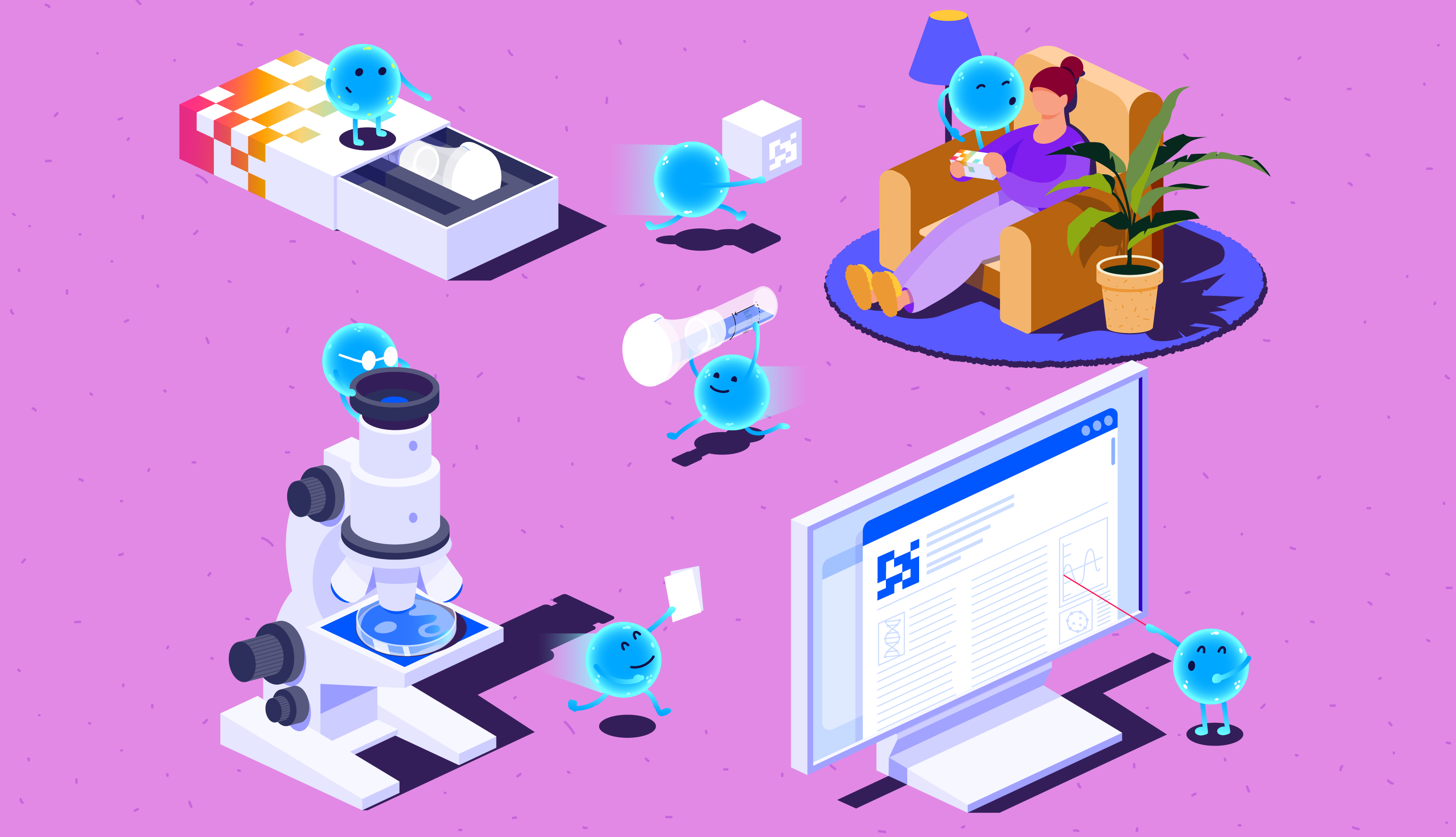 What Happens When You Take An Atlas DNA Test?

Last year, the National Geographic wrote about twin girls born with different skin colour. One child inherited the mother’s genes, and the other, the father’s. Yet their situation is not unique, and it’s not a question of how accurate is the sibling DNA test.

Skin pigmentation, eye, and hair colour are features defined by your DNA. This was demonstrated by these two girls who showed that twin DNA can be very different. That's why, even with the same parents, you only share some of your genes with your kin - about 50% (but that's something we'll get into further on).

That's because the human body has several biological mechanisms that can create an almost infinite number of gene combinations. And that's what gives brothers and sisters different DNA.

Do siblings have the same DNA?

Instead of being stored as a single massive molecule, DNA is packed into special units, called chromosomes. Scientists have numbered human chromosome pairs from 1 to 23 which allows them to locate and describe specific genes.

The cells in your body have a copy of your DNA. Most cells are diploid, which means that they have two copies of each chromosome. One comes from your mother, and the other - from your father, which adds up to a total of 46 chromosomes.

The 23rd pair of chromosomes is particularly interesting when it comes to brother and sister DNA, because they define biological sex. Girls (XX) inherit an X chromosome from both parents, but boys (XY) always get a Y instead of an X from their fathers.

X and Y chromosome differences mean that brothers and sisters can never have identical genotypes. However, brothers have the same DNA on their Y chromosomes.

How much DNA comes from each parent?

A process called meiosis ensures siblings share just about 50% of their genotype. That’s how siblings can have different DNA.

Meiosis is a form of cell division that is only used to produce a special category of cells, called gametes. Depending on your biological sex, your body produces one type of gametes: either sperm or egg cells.

Unlike the rest of your cells, gametes are haploid, meaning that they have only one copy of each chromosome. This ensures that your child receives just one set of genes from you, and the rest comes from your partner.

Every child gets 50% of their genome from each parent, but it is always a different 50%. During meiosis, gametes get a random chromosome from each pair. This means that there are over 8 million possible DNA combinations from 23 chromosome sets!

The probability of two siblings receiving the same 23 chromosome sets from both parents is negligible. However, random chromosome selection is not the end of the story. Nature has another mechanism to further differentiate brother and sister DNA.

Scientists find similar and different genes in siblings, often even on the same chromosome. This mix-up is possible because of a biological mechanism called chromosomal crossover.

Chromosomal crossover happens when a diploid cell divides into four cells to make sperm or egg cells. When crossing over, chromosome pairs are brought together to exchange small pieces.

The genes transferred from one chromosome end up in the same location on the other chromosome. Because of this swap, gametes receive a unique jigsaw puzzle assembled from the two original sources. This generates even more diversity between sibling DNA.

Scientists believe that these additional differences between biological siblings have an important role in evolution because they can moderate inherited risks of disease. Since siblings only share some DNA, not everyone inherits the risk-associated genes, which may help slowly filter out risky gene variants. 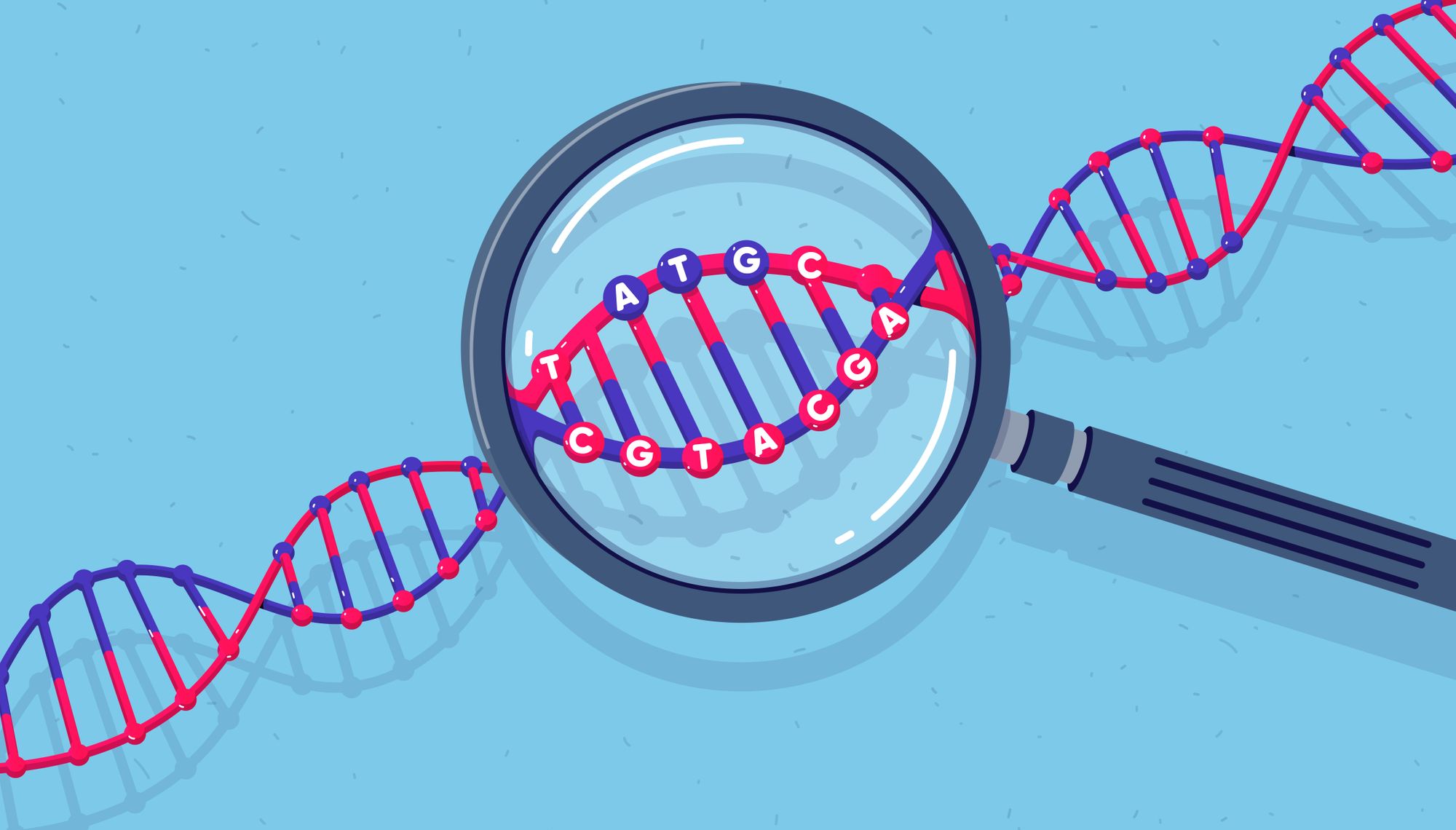 What Is Genetic Counselling And Do I Need A Session?

Whenever someone compares the genetic picture of brothers and sisters and declares that siblings share 50% of their DNA, they don’t actually mean 50% of all DNA. Rather, scientists are actually looking for tiny differences in genes.

Every gene is made up from thousands of one-letter DNA blocks: adenine (A), thymine (T), guanine (G), and cytosine (C). Our cells use these sequences as blueprints to produce proteins - molecular machines with specialised functions.

99% of DNA is the same for all people - otherwise the blueprints wouldn’t work. However, a single-letter change in certain genes doesn’t change the protein recipe too much. These alterations are called single nucleotide polymorphisms (SNPs).

Even without a DNA test, it is easy to spot that identical twins share more features than most brothers and sisters. Identical twins are born when one zygote (formed by a sperm and an egg cell) splits into two foetuses.

That’s why these rare cases are known as monozygotic twins: the two children are formed by the same gametes, inherit the same genes, and therefore have identical DNA test results. However, they are not exactly the same.

Identical twins are the only siblings that share 100% of their DNA. Non-identical brothers and sisters share about 50% of inherited gene variants, which is why siblings and fraternal twins can be so different.

However, monozygotic twins can have different food preferences, body weight, personalities, and other features – all shaped by a combination of genes and the environment. Research also shows that their gut microbiome – an ecosystem of microorganisms in every human colon – can be very different too.

☝️TIP☝️Discover your gut bacteria and their functions with the Atlas Microbiome Test and get 10% off when you sign up for blog updates!

The Atlas DNA Test can tell you about the geographical origins in your DNA, but it won’t link you to long-lost cousins.

Many different types of DNA Tests can now be bought online, and each one offers different insights into your genetic make-up. Atlas is a health-focused company, so we can tell you if you’re a carrier of hereditary disease gene variants passed on to your by your parents.

If you take the Atlas DNA Test, you’ll also discover what percentage of Neanderthal genes resides in your DNA blueprint, and where your ancestors came from. There’s even a dynamic map that tracks their migrations across the globe.

If you’re planning on conceiving a baby, you can also take the test with your partner and consult our genetic counsellor to see if you might pass on any inherited disease risks to your future children.

What you can learn from an Atlas DNA Test

☝️TIP☝️Don't forget to fill in the Health Survey in your personal account to get the most accurate insights into your wellbeing based on your lifestyle and environment. 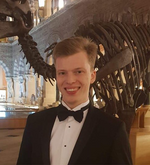 Artem Belov Merging my Biomedical Sciences degree with love for writing and educating.