We’ve got you covered with lists of rainbow foods, the science behind colours, and recipe ideas to keep you salivating for more.

Public health advocates want you to eat “five-a-day”, but let’s face it, that's a bit vague. Of course, they mean fruit and veg, because they’re full of fiber and mysterious phytochemicals (that means plant chemicals for all the non-sciencey readers).

Today, we’re arguing the case of “eating the rainbow” from a scientific perspective, because it’s a great plan to reshape the communities of microbes in your gut, top up on fiber, and provide essential antioxidants to prevent damage to your body on a cellular level.

And it’s going to be practical too. In this series, we’ll cover the five colours of the food rainbow, why they matter, what foods to choose, and even recipe ideas to make it exciting. And we're starting with red foods.

☝️There is no affiliation between Atlas and the recipes featured in this article. They have been selected according to the quality of the ingredient selection, instructions, and creativity.☝️

What is “Eat the rainbow”?

This catchy term says it all, yet nothing. So let’s dive right in and discover the special health powers hiding in bright foods.

There are five colours in the food rainbow: red, orange, yellow, green, and purple/blue. However, this doesn’t mean you can buy a bag of Skittles and job done. In fact, there are no artificially flavoured food-like substances at all in the food rainbow.

Plants are the only chemists involved in creating this smorgasboard of healthful treats for your body. After all, humans aren’t the only ones subjected to the invisible forces of evolution - plants also had to develop their own strategies to survive and attract species to spread their seed.

It’s something called hormesis, which basically means that the plant developed strategies to respond to stressors in its environment, like cold, insect invasions, hungry deer, and different soils. Part of that response created antioxidant compounds that prevent damage to cells. 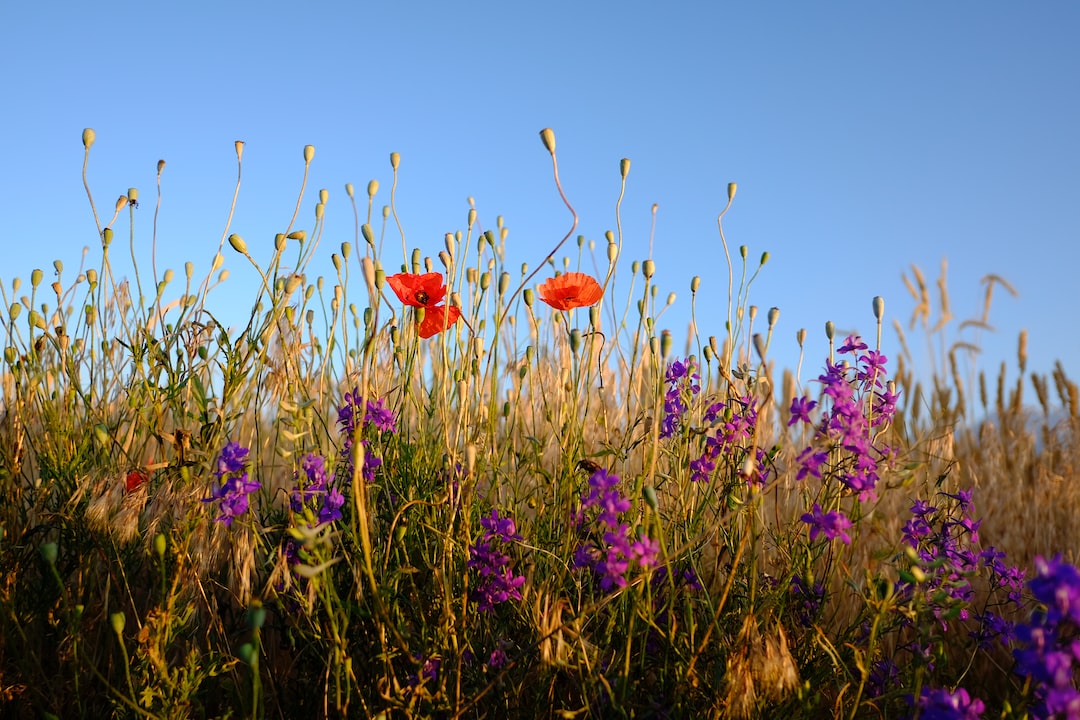 Damage at a cellular level in humans and plants can happen during metabolism, which describes the many chemical processes of extraction, break down, and energy consumption that keep biological creatures alive.

When a substance is metabolised, it can release a lone electron. But electrons like company, and when electrons are unpaired (aka free radicals), they bounce around looking for a friend, causing oxidative stress by damaging the cells in their path.

Seeing as your body is entirely made up of cells, it’s important to keep the free radicals under control. That’s what polyphenols do, which is why they are called antioxidants. They often also play an anti-inflammatory role because cell damage can incur inflammation.

As it happens, polyphenols are also very colourful, and that’s why you should eat the rainbow: flamboyant foods contain more polyphenols. These plant nutrients benefit the body and nourish the beneficial bacteria in your gut.

Now that we’ve got that cleared up, let’s look at what's happening in red foods, how to choose them, and how to make them delicious for your taste buds, your family, and your friends - gut bacteria and humans alike.

Be they scarlet, vermillion, or ruby red, these plants have an abundance of antioxidants that support the immune system and prevent inflammation.

Vivid red foods are sending your eyes an important message that they’re full of gut stuff. There are phenols and polyphenols, both aromatic organic compounds, as well as contain carotenoids, bright pigments that also help prevent cell damage.

Studies into these phytochemicals indicate that they have antioxidant (to protect from free radical damage) and anti-inflammatory properties. They also support general immune system health, modulating its activities so it reacts appropriately to stressors in your daily life.

However, it’s not as simple as it seems, so we asked an expert to explain, and who better than Miguel Toribio Mateas, a nutritionist and clinical neuroscientist specialised in the gut-brain axis?

“Plant polyphenols sound ideal, but the reality is that they have very low bioavailability, so they’re hard for the body to use as antioxidants directly," says Miguel, but he doesn't want that to get you down.

Because this is precisely where Miguel gets excited: "This is the cool thing - even the tiniest fraction of a food polyphenol has the ability to tell cells to produce their own antioxidant and detoxifying products."

He doesn't stop there: "Scientists now agree that a combination of polyphenols from different sources, such as foods with different colour skin and flesh, is the best way to keep communication going between food and cells, and that the result is better cellular protection."

Let's dig into the specific phytochemicals in red foods and what they do for your body, the gut microbiome, and inflammation.

Here, we turned to our expert once again for clarity: "The colour and flavour of fruits and vegetables are partly attributed to the kind of polyphenols they contain. For example, lycopene helps make tomatoes red, and anthocyanins contribute to the hue of raspberries and strawberries."

He also points out that "some fruits like pomegranate, strawberry, raspberry, are natural sources of ellagitannins, which are metabolised in the gut by intestinal microbiota." This is a win-win situation for your gut bacteria and your body.

"When you eat these foods, all of which contain some version of a red pigment, your gut bacteria will help you release a more digestible version of ellagitannin that your cells can do stuff with."

Uh, amazing right?!! Now that your eyes now know what to look for, you’ll now notice a plethora of red foods begging to find a home in your belly. Indeed, there’s an array of scarlet delights ripe for the picking and perfect for many meals.

Get some more colour in your belly with vibrant red foods. They’re delicious and they’ll make you look like a pro in the kitchen.

Add a bit of fermented sparkle to your life with a red cabbage sauerkraut. We love this red cabbage and apple kraut by Mountain Feed and Farm Supply. It’s really easy to make, and you can even add in a few red chilis and a bit of red onion for some extra scarlet goodness!

If you’ve had bad experiences with chard, you’re not alone. Check out how to prepare Swiss chard properly and serve it as an alternative to spinach and leafy greens in your main meal. And the next time you make hummus, throw in some beetroot for even more goodness! 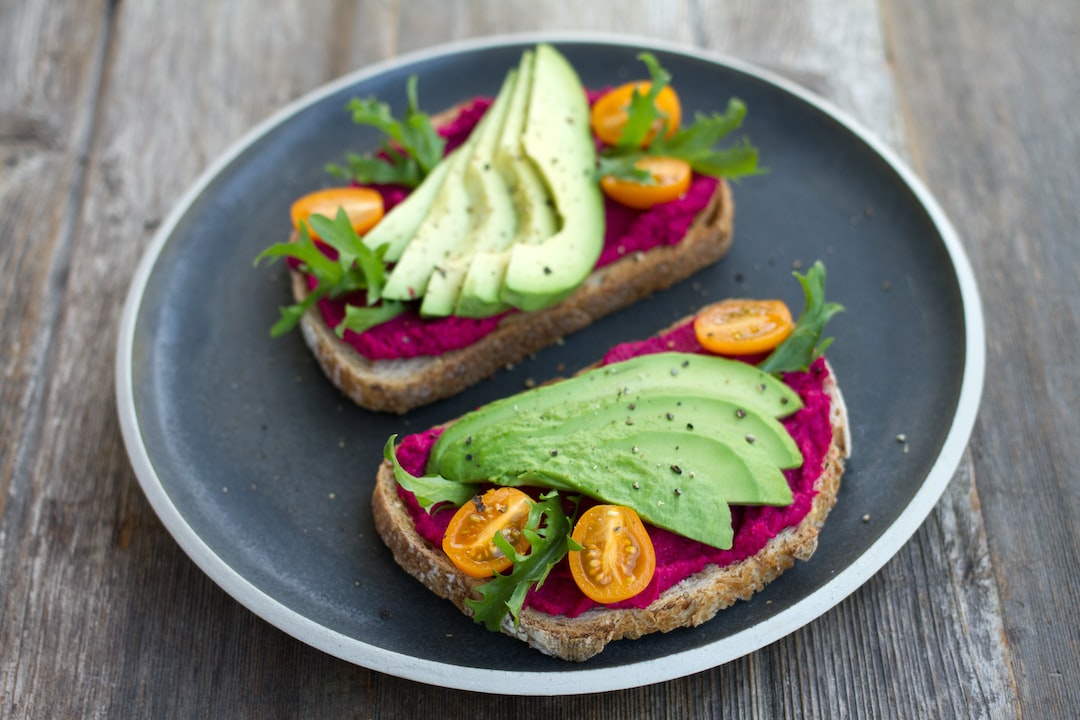 Get in my belly!

You can also make a big batch of homemade tomato sauce with this simply delicious recipe by Vanessa Kimbell, cookbook author and founder of the Sourdough School. Use it for baked beans, pasta (cooled and reheated for the good prebiotic fibers of course), and any other dish that calls for it.

By the way, when’s the last time you made stuffed peppers? This awesomely simple dish doesn’t just have red bell peppers, it’s also got prebiotic black beans, barley, and plantain that’ll keep your hunger at bay and your gut microbes satisfied.

Perfect for porridge, snacks, and savoury dishes, red fruit pack the perfect punch of sweet and tart to delight your taste buds, and your gut bugs too.

If you like jam, then you’ll love this recipe for mixed berry puree, perfect for your raspberries, strawberries, and cherries. You can even throw in some soaked flaxseeds, or psyllium husk for extra gooeyness and prebiotic fiber!

Speaking of jams, it’s very difficult to avoid sugar when it comes to tart berries like fresh cranberries, red currants, and lingonberries. They’re best made into preserves that pair perfectly with winter dishes. After all, who doesn’t love a meatball or nut roast?!

You could try this fresh cranberry, elderflower, and lingonberry relish for your Christmas dinner. It even includes an orange, so why not use a blood orange instead? For a different spin on fruit, try this Indian spicy plum pickle.

Watermelon may seem like a stand-alone food, but it’s actually quite versatile. Try this simple, vegan watermelon gelato recipe sweetened with frozen banana for your next dinner party. Or keep it all to yourself. It’s up to you!

☝️TIP☝️Discover your personalised food recommendations for your gut bacteria with the Atlas Microbiome Test and get 10% off when you sign up for blog updates!