Adiponectin is a molecule secreted mainly by the body’s fat cells (adipocytes) that is linked to weight loss and weight gain. In this article, discover adiponectin hormone functions, the adiponectin-obesity relationship, what roles your genes play and whether you need adiponectin supplements.

This molecule has gained interest in recent years because of its role in common but serious chronic diseases that affect the body’s metabolism – namely obesity, diabetes type II, and heart disease.

At a biological level, the adiponectin definition is quite complex: it is a peptide hormone made up of amino acids (as opposed to a steroid hormone, which is made up of ketones or alcohol).

This is only important because peptide hormones cannot be dissolved by lipids (fats), which is pretty relevant considering that adiponectin is secreted by fat cells.

Hormones are chemical messengers that use your bloodstream to travel to different parts of the body where they regulate specific activities.

The peptide hormone adiponectin, produced in adipose tissue, circulates in the blood and binds to receptors in the muscles, liver, the heart muscle, kidneys, and skin.

This hormone is probably not the ultimate diet solution, but it does play a crucial role in human metabolism and metabolic dysfunction. Here’s the short version: low adiponectin levels are found in people with three common and deadly metabolic diseases. 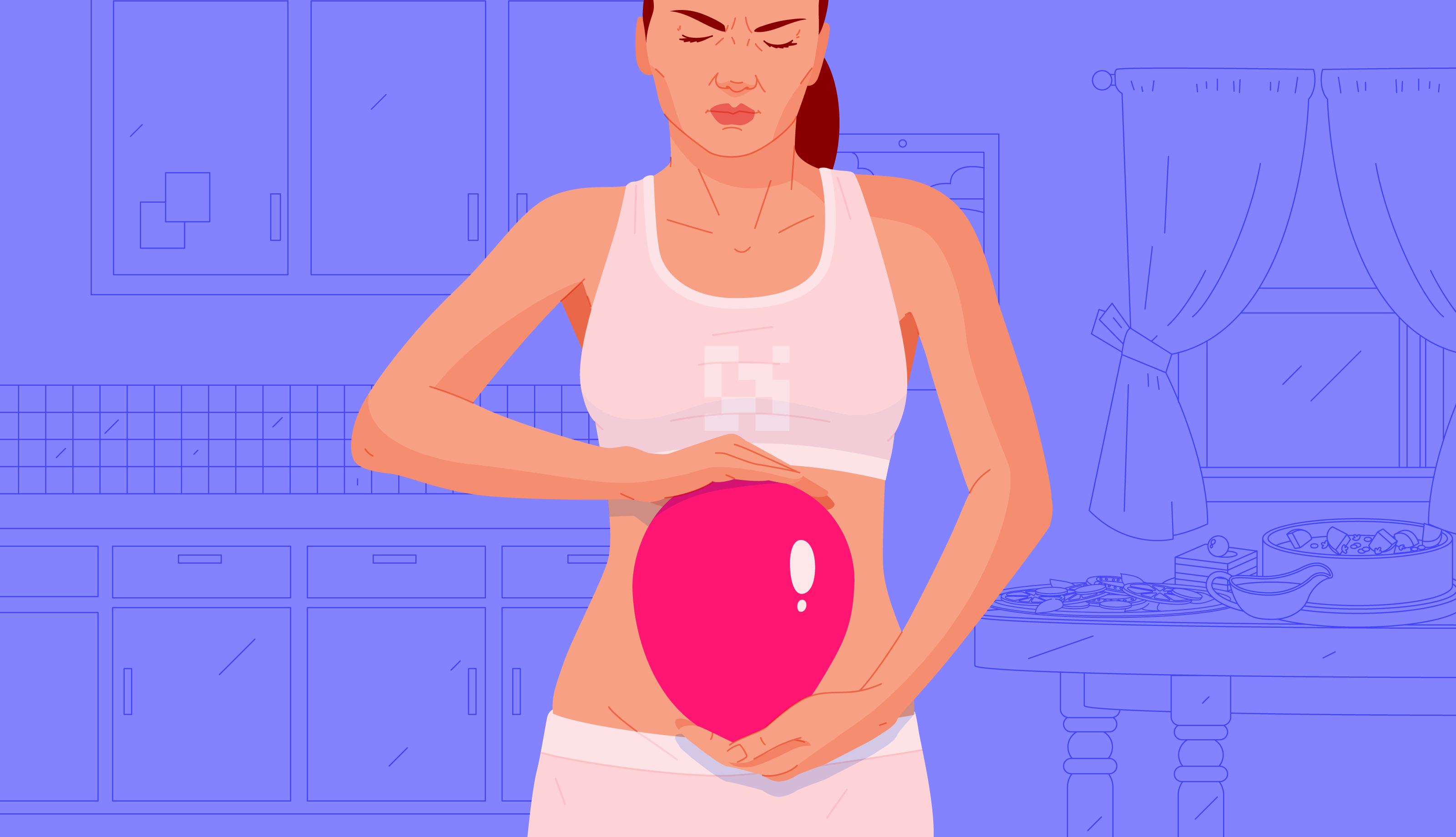 Low adiponectin might not be a great reflection on your health status, but high adiponectin levels aren’t great either. In fact, elevated adiponectin has been associated with several diseases too, such as:

As a result, studies show that an adiponectin increase in patients is also linked to inflammation, which is a sign of ill health. Only this time, the inflammation isn’t caused by low adiponectin, but other factors related to these diseases.

Obesity is a disease that happens when the body accumulates too much adipose tissue. A person is considered obese if their body mass index (BMI) exceeds 30 and their waist-to-hip ratio is higher than 0.90 for men or 0.85 for women.

Even though some simple maths can diagnose obesity, it doesn’t mean that this disease should be taken lightly. When the body accumulates high amounts of fat (especially around the abdomen), it causes a cascade of consequences inside the body.

Physically speaking, the adipose tissue can cause breathing problems and put pressure on the diaphragm. But also, fat accumulates in the liver, which can eventually cause damage to this essential organ. The body reacts to obesity with chronic inflammation that is triggered by fat tissue. 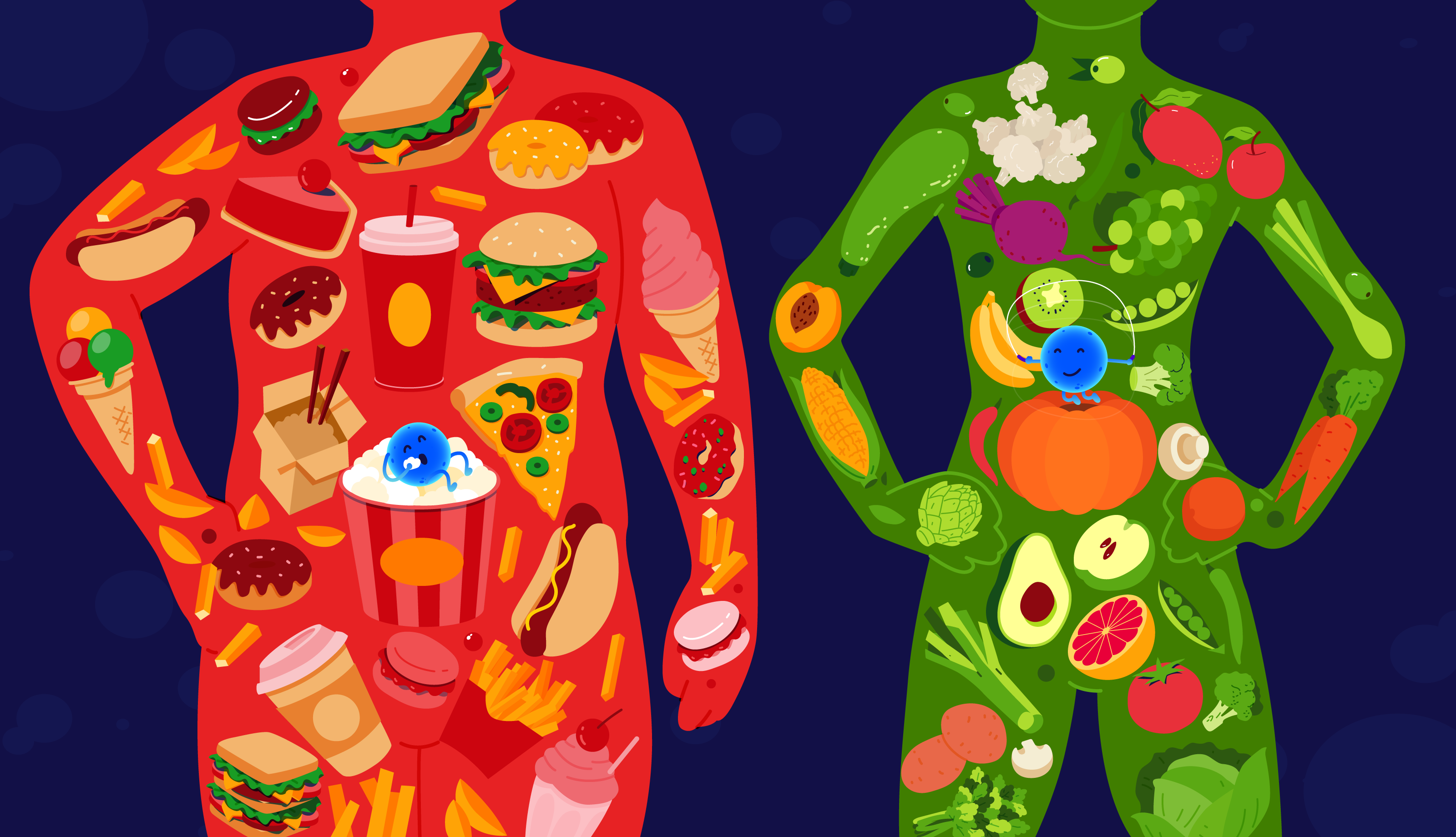 The Link Between Gut Bacteria And Weight Loss

Overweight and obese people have below-average adiponectin levels, meaning that even though they have more adipose tissue, these fat cells produce less adiponectin. And herein lies the problem:

Leptin is the body’s satiety hormone that tells you when you’ve eaten your fill . Both leptin and adiponectin are peptide hormones that are secreted by your white fat cells, which scientists call white adipose tissue. Here are some peptide hormones you’ve probably heard of:


The leptin-adiponectin paradigm has also been documented by researchers studying obesity. As you already know, adiponectin levels are lower in obesity. In contrast, leptin levels are higher. This might seem counter-intuitive, but it actually makes sense.

Leptin is the hormone that communicates with your brain to tell you that you’re full and don’t need any more food. However, the brain of obese patients is less sensitive to its message, so the body produces more and more of it to finally get the response it needs: to stop eating.

Interestingly, something similar happens with insulin in diabetes type II. After eating, the energy from your food enters the bloodstream in the form of glucose. Then, your body releases insulin that tells the body to store the glucose. In prediabetes and diabetes type II, the body doesn’t respond to normal levels of glucose, so the pancreas secretes more and more insulin.

What are the substances resistin and adiponectin?

Since scientists cottoned on to the relationship between adiponectin and body weight, they’re now trying to figure out if adiponectin can help people lose weight. So far, they have discovered that weight loss can increase adiponectin levels.

Several weight loss studies have demonstrated that lower body weight and waist circumference improves adiponectin levels. Plus, this has other benefits like lowering insulin, blood sugar, LDL (“bad”) cholesterol, and c-reactive protein (a marker of inflammation).

The adiponectin gene and genetic traits

Adiponectin function is influenced by several genes. In fact, dozens of gene variants are associated with adiponectin measurement and adiponectin levels.

Research suggests that genetic variation can explain anywhere from 30–70% of the variability in human’s adiponectin levels. However, even though it would be very convenient if just one gene was responsible for adiponectin, that’s not the case.

The most famous is the ADIPOQ gene. It contains the instructions for adiponectin and is only expressed in white fat cells (adipocytes). Specific variants are known to directly increase or decrease adiponectin levels, although there is no evidence that they can influence your type II diabetes risk.

But there are others, which are often seemingly unrelated at first glance. For example, a variant of the ARL15 gene has also been associated with adiponectin deficiency. In addition, the ARL15 variant associated with lower adiponectin concentrations is also linked to higher risk of metabolic diseases like obesity, diabetes, and cardiovascular disease. 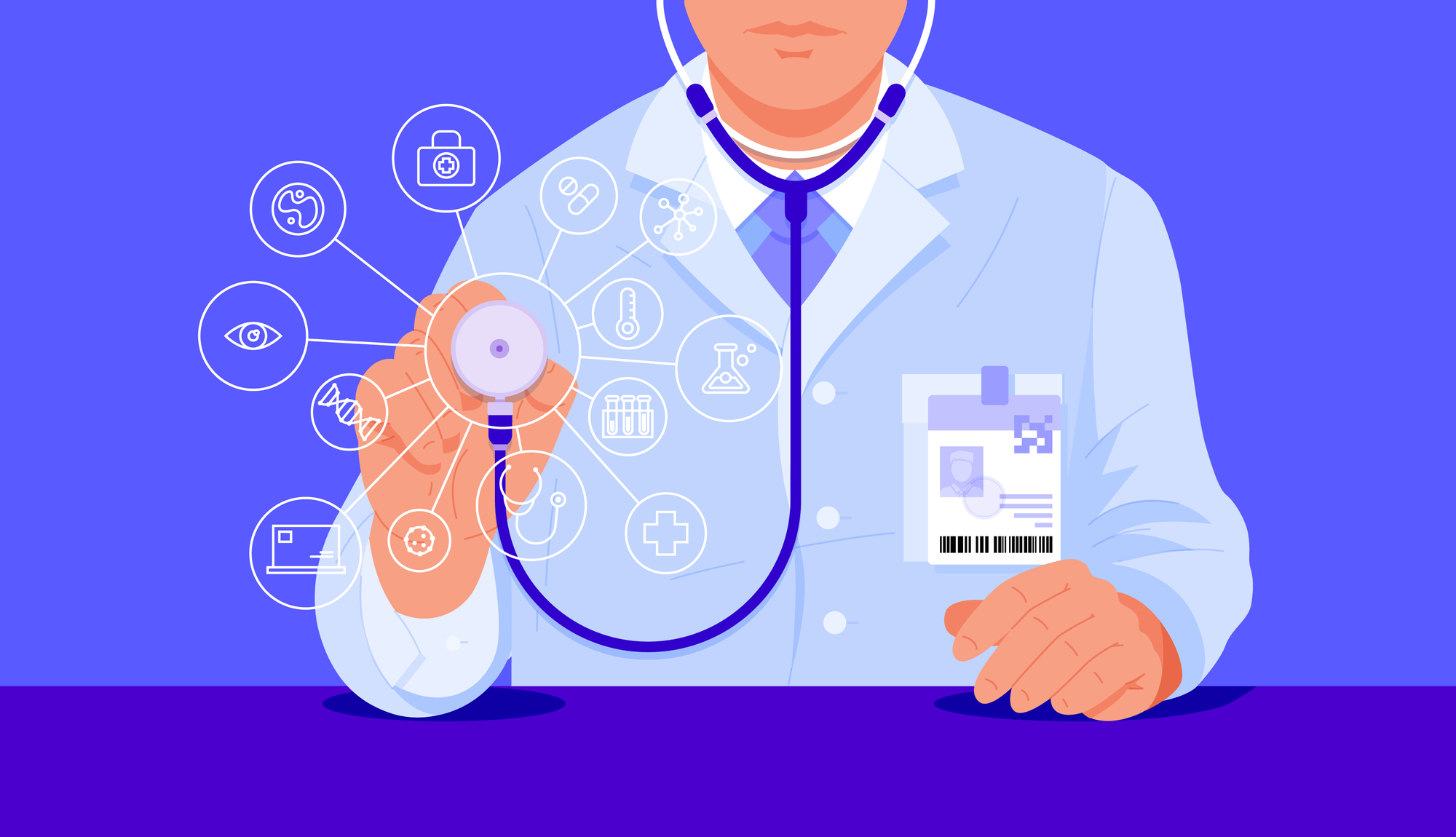 Is Body Fat Bad For You?

Taking an adiponectin test might seem like an attractive solution if you have trouble controlling your weight and you want to know why. However, the American Association of Clinical Chemistry doesn’t think it’s worth it yet:

“It is unknown whether treating patients with adiponectin or adiponectin agonists will yield benefits above and beyond conventional therapies such as insulin sensitizers, statins, anti-inflammatory agents, or lifestyle modification.”

For that reason, they recommend against adiponectin testing until new research and clinical guidelines are developed for doctors.

You can still learn more about your hormone adiponectin genetics with an at-home DNA test like the Atlas DNA Test. The results will tell you if you are predisposed to low adiponectin, as well as your risk of metabolic diseases linked to adiponectin such as coronary heart disease, high blood pressure, obesity, and diabetes type II.

Most of us secretly hope that there’s a magical fix for weight loss – perhaps an adiponectin pill that would do away with the extra pounds? But deep down, you already know the answer: don’t waste your money on adiponectin supplements – they don’t work.

Since the discovery of adiponectin’s protective powers, pharmaceutical companies and supplement manufacturers have sought to milk this potential cash cow for weight loss to no avail as of yet.

Look for adiponectin fat loss supplements or adiponectin and leptin supplements online and you’ll be bombarded by a plethora of “slimming tablets” with wild claims about reclaiming that airbrushed Instagram-perfect bikini body that you never had.

The supplements industry is not strictly regulated. Watch out for fat-burning supplements and detox teas which can have serious side effects.

That isn’t to say that nothing can increase adiponectin levels. Research has shown that drugs prescribed for diabetes, obesity, and hypertension, like Metformin, Thiazolidinedione, Rimonabant, and statins, resulted in higher adiponectin levels.

However, these are strictly regulated medications designed for serious diseases that are not simply handed out to people looking for a fat loss solution. As such, they should only be administered on prescription and never taken without the supervision of a doctor. 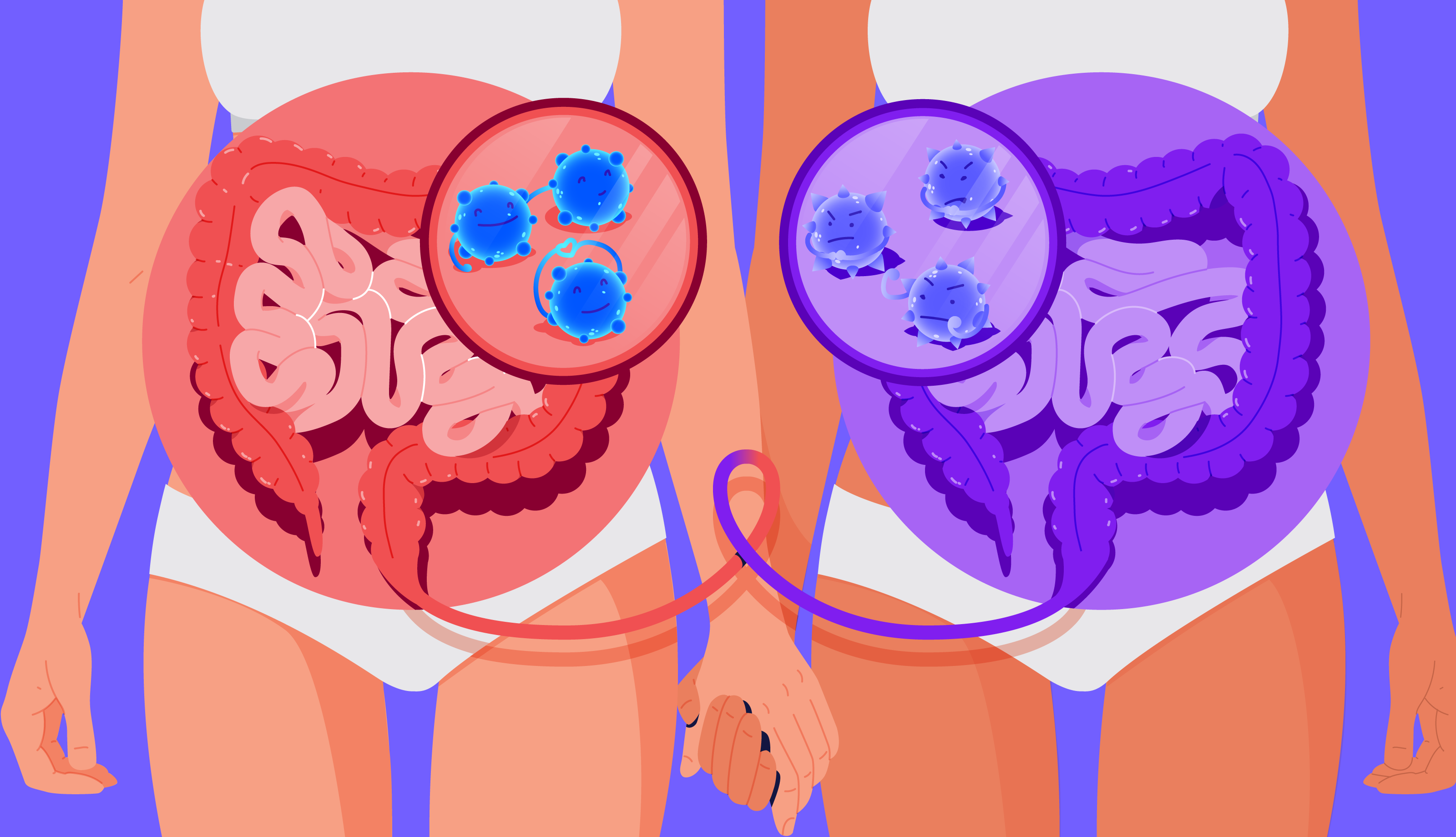 Pharmaceutical engineers have also tried to biologically engineer an adiponectin molecule (adiponectin recombinant), as well as adiponectin agonists (molecules that could mimic its action on the body), but they’ve only been tested in mice, not on human subjects.

How to increase adiponectin naturally

There are some proven ways to increase adiponectin. The most reliable way is weight loss, which has been shown time and time again to improve circulating levels of adiponectin. These studies focused on overweight and obese patients with long-term weight loss, not extreme or restrictive diets.

In a 2-year study with 811 obese and overweight volunteers, researchers discovered that calorie-restricted high-fat and low-fat diets were effective. Not only did they increase adiponectin levels, they also lowered waist circumference and improved cholesterol levels too.

You can’t eat adiponectin, but some foods may help increase adiponectin secretion by your body. Currently, three spices are known to promote the body’s natural ability to produce adiponectin:


The final word on adiponectin

Adiponectin is a hormone produced by your white fat cells that combats inflammation, improves your sensitivity to glucose, and prevents the build-up of plaque on your arteries. However, slim bodies with smaller fat stores produce enough adiponectin to have benefits, but overweight and obese patients tend to have less adiponectin.

Genetics play an important role in determining the body’s ability to secrete adiponectin, and you can discover how with an at-home DNA health test that can also reveal your unique predisposition to many common and serious diseases.

This molecule is not a weight loss solution, but a progressive and responsible long-term weight loss program can increase adiponectin levels and improve other biomarkers associated with health. Some natural plant compounds, like gingerol, curcumin, and capsaicin, can help improve adiponectin levels, and so can some prescription drugs.