Eczema, also known as atopic dermatitis, affects up to 20% of children and 3% of adults around the world. This inflammatory condition is characterised by skin rashes and severe itching.

Atopic dermatitis is a chronic and challenging condition that can significantly lower a person’s quality of life, taking a toll on mental health too. There is no cure, but there are treatments that can alleviate the symptoms of eczema.

This condition is caused by a combination of factors, primarily a person’s genetics and environment. New research has also shown how imbalances in a person’s skin microbes, and even the gut microbiome may participate in the development of atopic dermatitis.

This article will explore the causes and symptoms of atopic dermatitis, how genetics, environment and microbes contribute to it, and recommendations to manage this chronic condition.

What is atopic dermatitis?

Atopic dermatitis is characterised by rashes that typically affect the creases of the elbows and knees in adults. In children, eczema also affects the neck folds and cheeks. However, many children affected by atopic eczema grow out of it in adolescence.

In atopic dermatitis, the inflamed skin becomes itchy and flaky. When scratched, the rash may weep and crust over. Rashes that affect the joints, the back of the neck and behind the ears may become dry and cracked.

☝FACT☝Prolonged inflammation due to eczema can result in darkening or lightening and thickening of the skin.

Eczema is a condition that is difficult to treat because it is often hard to understand. One way to reduce the risk of an eczema flare-up is to identify triggers in the patient’s environment that can lead to an outbreak. Common eczema triggers include:

Heredity: the genetics of atopic dermatitis

Human genetics play a role in the risk of getting eczema. People with a family history of allergies and those with coeliac disease are more susceptible to this inflammatory condition.

According to Medline Plus, a medical information website, “up to 60% of people with atopic dermatitis develop asthma or hay fever (allergic rhinitis) later in life, and up to 30 percent have food allergies.”

The skin is a critical part of the human body. It’s not just a physical barrier to the external world, it’s a chemical one too–the skin secretes oils, acids and other molecules that form a protective barrier.

When this skin barrier is healthy, it shelters bacteria that also help protect the body from external aggressions, like infections. However, it has been shown that patients with atopic dermatitis have a dysfunctional skin barrier, which lowers their protection from external factors such as:

Researchers found that changes in the FLG gene, which encodes profilaggrin (a precursor to filaggrin), may partly be to blame. Filaggrin is an important protein that structures the epidermis, the outermost layer of skin. They suggest that mutations in this gene may make the skin more permeable and thus more reactive.

There are several other genes of interest too. Studies have found associations between atopic dermatitis and half a dozen genes that encode proteins involved with skin barrier function.

Researchers are also very interested in the role of genes that regulate the adaptive and innate immune systems. Studies show that genes involved in the activity of immune cells may result in abnormal immune activity in eczema patients when they are exposed to specific triggers, such as scratching, bacteria, and allergens.

Here are the risk factors computed by the Atlas health algorithm when calculating your personalised risk profile for eczema:

More and more people are affected by atopic dermatitis: the incidence of this skin condition has doubled and even tripled since the 1970s in industrialised countries. Scientists believe that changes in our modern environment may be to blame.

The skin biome in atopic eczema

Human skin is home to several ecosystems of microbes, especially bacteria and fungi. In healthy individuals, these bacteria strengthen the barrier between the body and the outside world and help fight off invaders. 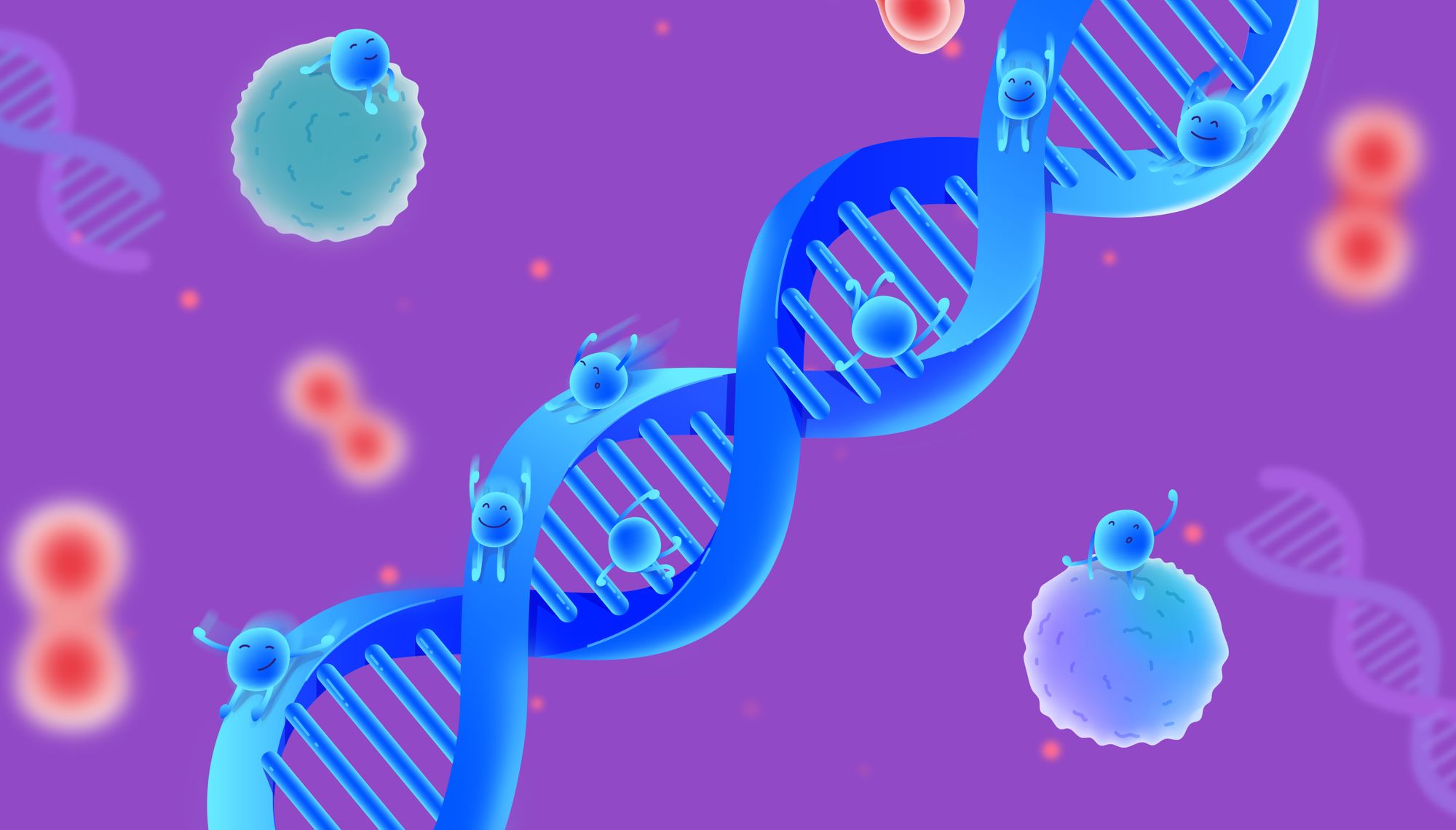 Learn more about the skin microbiome

The skin of people diagnosed with atopic dermatitis differs from those without it. They have lower microbial diversity, fewer Streptococcus bacteria, and more Staphylococcus aureus, an opportunistic microbe that causes infections.

Interestingly, the skin microbiome of atopic eczema patients varies depending on whether they have skin lesions when swabbed. People with active skin inflammation have significantly disturbed microbial skin communities, especially an overgrowth of S. aureus where the rashes occur.

However, even in the absence of a flare-up, patients with eczema still have disturbed skin microbiomes with more S. aureus than healthy people. Just like in the gut, these findings highlight the importance of microbial diversity in human health.

The gut microbiome is the body’s largest ecosystem of microorganisms. It is home to trillions of bacterial cells and some fungi, viruses, and archaea, which perform many important functions that help keep your whole body healthy.

70% of the immune system is located in the gut, where it has been trained by constant interaction with microorganisms since birth. The gut’s immune system is also at the heart of the gut-skin axis, which has an indirect impact on skin health according to recent research.

That’s because the gut and the skin can communicate via the immune system and the bloodstream. For example, gut bacteria produce molecules that can interact with the immune interface via the gut lining and bloodstream.

In autoimmune diseases and atopic dermatitis, the immune system doesn’t work properly and produces antibodies to harmless substances (like gluten) or even to the body’s own cells. This results in inflammation, which most commonly affects the mucous membranes, skin and intestines.

A balanced microbiome, like the skin, has a diverse range of bacteria that support gut and whole-body health. A poor diet can deplete the gut microbiome, which has knock-on effects for immune health. 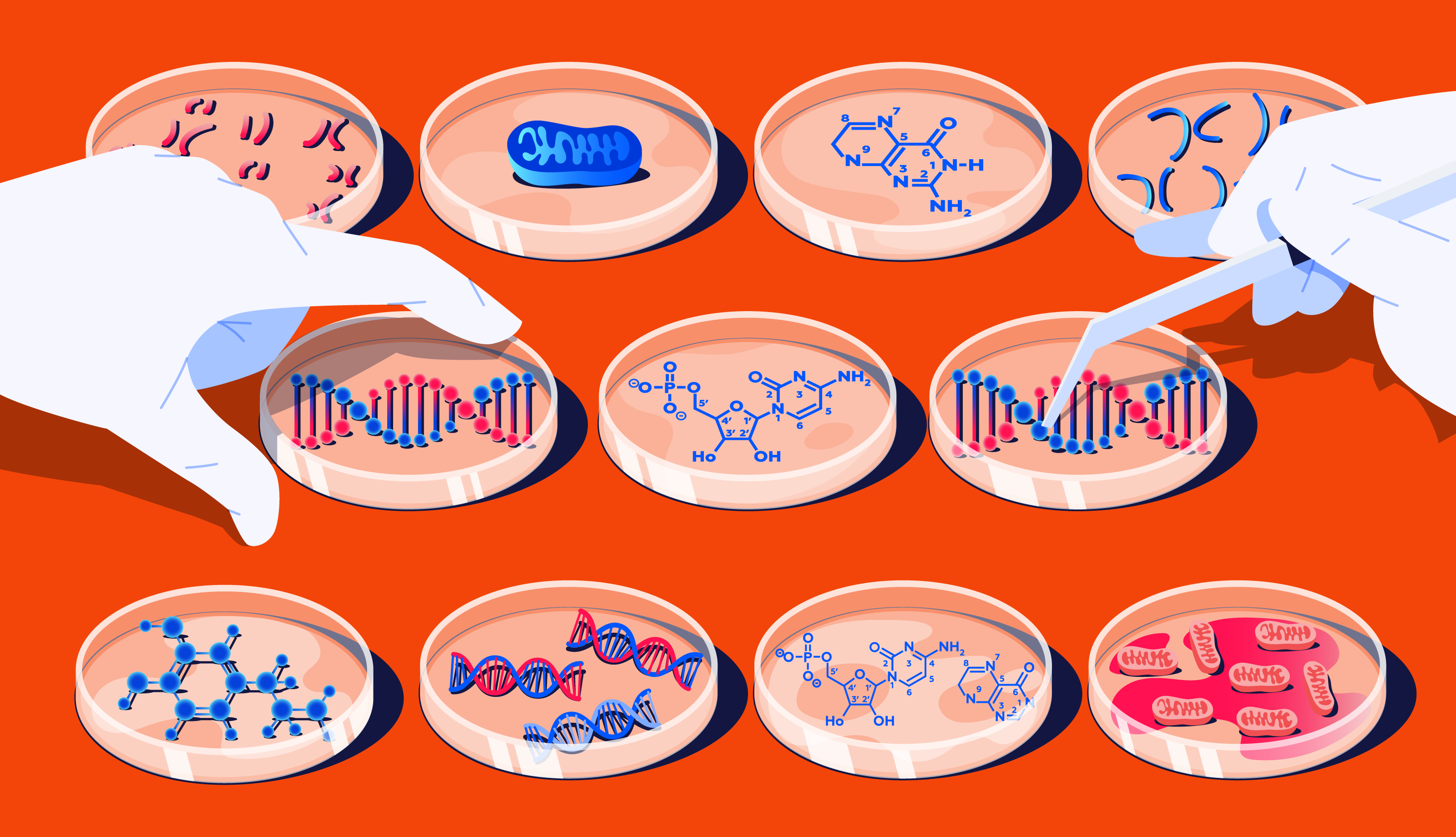 Are you at risk of coeliac disease?

Take the Western diet, for example. This eating pattern, common in industrialised nations, is rich in fats, sugars, and meat. It is associated with increased risk of skin inflammation, as well as obesity, which is a risk factor for atopic dermatitis.

The Western diet causes imbalances in the gut microbiome, resulting in problems such as inflammation and an overabundance of pro-inflammatory bacteria; all of which can take a toll on the health-promoting attributes of our digestive microbes.

Gluten is another great example of the gut-skin axis. It has long been noted that people with gluten and coeliac disease are susceptible to a number of skin conditions.

Atopic eczema, like Crohn’s disease and ulcerative colitis, have all been linked to the “hygiene hypothesis”. This theory suggests that overly sanitised environments impair the development of the immune system in early childhood by limiting interaction with microbes.

These microbes are vital because they help train the immune system. If the environment is too sterile in childhood, it can leave adults more susceptible to autoimmune and allergic diseases later on.

The skin can also have an impact on the gut. Sunlight triggers the production of vitamin D by skin cells, which are the body’s primary source of this nutrient. Vitamin D deficiency has been pinpointed as a risk factor for atopic dermatitis.

Interestingly, one clinical trial showed that controlled and healthy exposure to UVB rays increased the diversity of bacteria in the gut. There is also evidence to suggest that some probiotics can help prevent atopic dermatitis, which adds yet another puzzling, but positive clue to the gut-skin axis mystery.

How to reduce your risk of atopic dermatitis

Atopic dermatitis is a tricky and chronic condition, which can be helped by reducing your exposure to triggers that cause flare-ups. In addition to the traditional topical creams, some simple lifestyle measures can help: