What is a circadian rhythm and why should you care?

Humans have clock genes that make the body tick like a well-oiled machine. Learn about your circadian rhythm and how it affects your health and disease risks.

Plants, fungi, animals and humans all have circadian rhythms. These internal clocks organise the processes that enable life like storing energy, transporting oxygen, evacuating byproducts of metabolism and much more.

In this article, we'll explore this Nobel Prize-winning field and explain how it works. Then we'll delve into what happens when you live out of sync with your circadian clock and why it can have devastating consequences for your health.
2017
Circadian rhythm research gets Nobel Prize

What is a circadian rhythm?

Scientists have suspected for centuries that something was regulating the cycles of living creatures. But it was hard to verify with the instruments of the past: the best they could do was observe and surmise.

Thanks to the advent of genetic sequencing technology, researchers finally have the keys to the castle of circadian secrets in the human body. Research into this field has revealed astounding biological realities about the consequences of electrification and industrialisation on human health.
24 hours
average circadian rhythm in humans, many animals & plants

Nowadays, we know that millions of minute biological functions allow living creatures, be they hippopotami or Homo Sapiens, to fulfil the three imperatives they are designed to accomplish:

Before humans rose with the sun and slept with the moon. But now we can work and play, socialise and stay awake at any time. Our technology has evolved quickly, but our genetic make-up is still woefully behind the times by thousand of years.

How does it work?

The circadian rhythm is made up of a set of clocks and a central “master clock”, called the suprachiasmatic nucleus (SCN). The latter is located in the hypothalamus, the part of the brain responsible for regulating stress, reproduction and growth hormones. It also indirectly impacts sleep hormones. 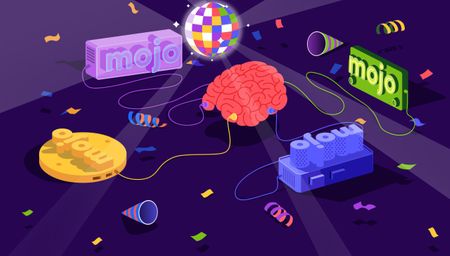 The SCN is composed of 20,000 cells located just above the intersection of our optic nerves. Here, it receives direct signals from special melanopsin cells in the retina that respond directly to light exposure. In particular, melanopsin receptors are stimulated the most by blue light, then green, and finally red.

Your circadian rhythm responds to light: it wakes you up, and it puts you to sleep by triggering cascades of chemical events in your brain. So far, clock genes have been discovered in nearly every organ. They turn on and off at predictable times, switching on and shutting down the production of proteins that perform essential functions within the body’s cells.

Interestingly, it has been shown that blind mice, and blind people, still have active melanopsin receptors that regulate their biological clock. This puts stock in assertions by patients suffering from blindness that, although they can’t see, they can “sense” light.

Approximately 20% of genes turn on and off during the 24-hour cycle.

Research into this matter has been driven by experts like Pr. Sachin Panda of the SALK Institute for Biological Studies, one of the world’s foremost authorities on the matter of circadian rhythms. According to Pr. Panda's research on mice, used for their genetic similarity with humans, about one-fifth of their genes are regulated by this clock.

WHY MICE? The protein-coding regions of mouse and human genomes are approximately 85% identical. These regions are important because they enable the life-giving functions of the body. It is possible to test disease hypotheses on mice (by editing genes or inducing illness) that are not possible on humans.

Are you out of sync?

The circadian rhythm is a discreet but hardy mechanism that doesn’t like to be interrupted, a bit like your grumpy grandad. And it will let you know in a dozen little ways that you can ignore, but that significantly decrease your quality of life:

Chances are, you probably recognise yourself in at least one of these complaints, most likely even several. These are common manifestations of disrupted circadian rhythm according to Pr. Panda in the summary of his scientific findings to date: The Circadian Code. A great read by the way, written with ordinary people in mind.

Sleeping at irregular times, using devices, eating late at night and other pernicious habits we have come to view as commonplace are at odds with the body. Because your body is like your boring cousin, it’s “square”, it’s not hip and it doesn’t like to break with habit.

For example, your digestive system is primed and ready for food in the first half of the day. But the secretion of gastric juices, enzymes and hormones that are responsible for breaking down, distributing and storing this fuel wanes in the afternoon and evening. By night, it has shut up shop. If you ignore this and eat, you’re disrupting its plans to review and repair everything so it’s in working order for tomorrow.

The same thing goes for your brain. Sleep is when your thinking organ sweeps out all the debris from the chemical reactions that make being awake possible and safe. When you mess with your sleep schedule, or deprive yourself of sleep, then you interrupt this process.

Eating breakfast earlier than usual, looking at social media at 11pm or going to the gym after work are just some examples. Essentially, every time you ask your body to perform a task off-schedule, you are unknowingly taxing your health a little. It can and will the job will get done, but it could have been done so much better.

In a nutshell, living out of sync with your circadian rhythm over the short and long term is associated with serious chronic, non-communicable and preventable diseases. In fact, that's why the World Health Organisation listed shift work as a possible carcinogenic in 2007.

A 2016 systematic review of scientific literature titled “Interaction between circadian rhythms and stress” highlighted a number of seriously disturbing findings that affect humans. In one referenced study, the human participants had “higher blood glucose and insulin levels as well as elevated blood pressure, which are markers for metabolic and cardiovascular disease.” 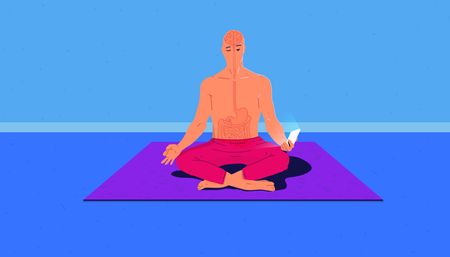 The gut-brain axis and mental health

Their summary of literature studying shift workers who are directly impacted by disruptions to their circadian rhythm showed “a higher incidence of obesity, diabetes type II and related metabolic disturbances along with hypertension (high blood pressure), coronary heart disease, and ischemic stroke”.

Take control of your health

As early as 2005, the World Health Organisation sounded the alarm on chronic diseases in the UK, stating that 85% of deaths were caused by preventable diseases. A more recent study published in 2018 confirmed that people in the UK are still ahead of the curve when it comes to chronic diseases and death.

Sadly, British people are still more likely to die early from diseases like cancer, heart disease, chronic respiratory disease and diabetes than neighbours in high-income countries. According to the NHS England, hypertension, obesity and depression were the most prevalent conditions registered with healthcare practitioners and also the most prevalent (common) in the population.

These lifestyle factors carry a lot of the burden when it comes to the emergence of non-communicable diseases. Even though everyday habits might seem like nothing, phasing out small but detrimental rituals from your daily routine, getting more exercise and eating better can significantly improve your health outlook, disease risk, brain function and life expectancy.

DNA Test: can you check for gluten intolerance?

Why are Bifidobacteria so important for gut microbiome health?

What is a Mediterranean diet and should you try it?

Sitting: is it really the new smoking?

The gut microbiome protects you from 5 serious chronic diseases

12 Super-Fruit And Best Fruit For Health, Digestion And Gut Bacteria

Diarrhea In Early Pregnancy, Gastroenteritis In Pregnancy And Other Gut Problems