You have a second brain and it’s hiding in your gut. Discover how interplay between the brain, digestive system and gut bacteria influences health, disease risk, mood and depression.

The gut-brain axis. It sounds strange, right? Fortunately, there’s a lot of scientifically-proven weird stuff going on in the world. So really, a communication highway between the brain and the gut hardly seems that odd, does it?

In this article, we’re going to get acquainted with some basic functions of the human brain, the gut and its microbiome, before exploring how they communicate, why this is important and how to improve your well-being.

The brain is the captain of the human body: it is in charge of thinking, memory, movement, speech, vision and vital functions like breathing, heart beat and blood pressure. It also produces and regulates the release of hormones, neurotransmitters and many other important compounds that keep us healthy and sane. But you might be surprised to discover that you have a “second brain”, and it resides in your own personal stool factory: the digestive system and the microbiome.

The lining of your stomach, small intestine and colon is home to your enteric nervous system. This nervous system directs all digestive activities thanks to hundreds of millions of nerve cells and neurons.
Scientists discovered that gut microbiota can exchange signals with the brain.

They are responsible for regulating gastrointestinal functions that enable non-fatal digestion like peristalsis, the rippling muscle movement that projects food forwards and downwards. They also oversee the gastrointestinal immune system (the biggest in the body!) that prevents pathogens like viruses, bacteria and toxic compounds from penetrating the bloodstream and making you sick. And finally, the enteric nervous system is crucial for digesting food, a primary and vital process that provides our biological fuselage with fuel.

Co-pilot Second Brain reports back to Captain Brain on the macronutrient content of your meals, dealing in details like fat, carb or protein as well as caloric value and whether this food contains dangerous pathogens. These signals travel from the gastrointestinal tract via the enteric nervous system to the central nervous system (CNT), landing on the desk of the boss, Captain Brain. Decisions are made. 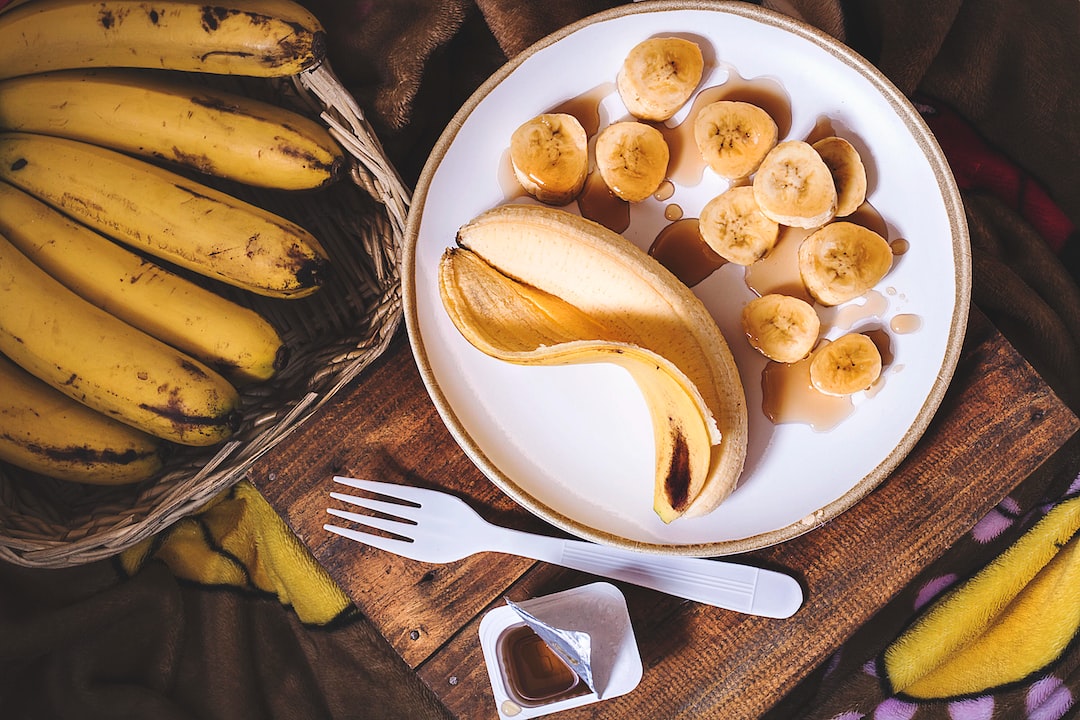 "Oooooh bananas!”, “Get in my belly”, “Nom nom nom” and “Eugh bananas...” are just some of the instructions stemming from this complex interplay between the brain and the gut. It works in both directions and is very important for maintaining homeostasis, the balance in and between physiological processes, as well as coordinating the work of our organ systems.

The gut takes care of things like sensing and indicating hunger, the nature of the food consumed as well as the occasional gag reflex or two. Then, it hands this information off to the main brain that interacts with the outside world: it is responsible for sourcing the food and associated behaviours that satisfy the digestive demands of the second brain.

Disease, inflammation and the microbiome

In some cases, the brain can override signals from the digestive tract. For example, the hunger hormone, ghrelin, is mainly produced in the stomach and signals to the brain that food is required. Think, #HANGRY.

Yet, this signal may not garner the response the body needs: this is what happens in patients with anorexia nervosa. People with this eating disorder have higher levels of circulating ghrelin than normal people, yet the brain’s response is insufficient, suggesting their receptors are desensitised to the message carried by this hormone.

Diabetes type II (T2D) is another condition influenced by this communication highway because the gut-brain axis is responsible for controlling glucose homeostasis in the body.

It has been suggested that inflammation associated with T2D affects the neurons of the enteric nervous system: these neurons don’t fire correctly and this changes the rhythm of the gut’s contractions, a.k.a., peristalsis. In turn, muddled contractions are misinterpreted by the hypothalamus, the part of the brain in charge of how the body utilises glucose. This pathway is believed to contribute to insulin resistance in patients with T2D.

☝️Insulin resistance is associated with metabolic conditions like diabetes and obesity. It describes a state in which the body's tissues are less sensitive to insulin, a hormone produced by the pancreas that regulates blood glucose levels.

Inflammation is suspected to play a role in the emergence of many diseases. And what do we know about inflammation and gut bacteria so far, readers? Correct! A diverse gut microbiota helps prevent inflammation because it synthesises compounds like short-chain fatty acids (SFCAs).

SCFAs, like butyrate, are a source of fuel for the digestive barrier and perform anti-inflammatory functions. Interestingly, research into many conditions seemingly unassociated with the digestive tract, shows disturbances in the composition of the gut microbiota.

For example, degenerative diseases like Parkinson’s disease (PD) and atherosclerosis (plaque build-up in the arteries), autoimmune diseases and psychiatric disorders are associated with alterations of the microbiome, inflammation and gastrointestinal pathologies.

In particular, a 2018 systematic review and meta-analysis on Parkinson’s disease risk confirmed that patients with inflammatory bowel disease (IBD) are at higher risk of this neurodegenerative condition. In fact, digestive pathologies are known to precede the development of Parkinson’s in patients by several years. The study concluded that people with Crohn’s disease and ulcerative colitis were respectively 28% and 30% more likely to develop PD than the controls.

It has recently been demonstrated that the gut microbiome plays a role in the development of brain systems. As research progresses, it is uncovering growing evidence of relationships between the microbiota and neuropsychiatric disorders like autism spectrum disorder, schizophrenia and major depressive disorders. 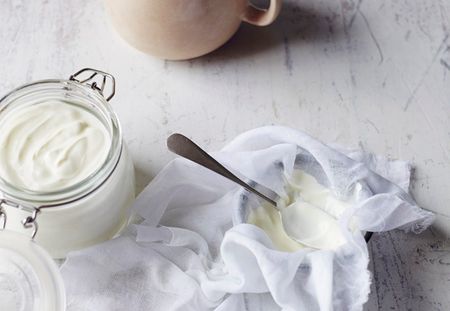 Researchers are striving to clarify these relationships and have already reported some newsworthy findings. According to studies, some gut microbes can produce neuroactive compounds that cross the gut barrier and influence brain function.

Bacteria can also influence mood through inflammation. If the gut microbiome is suffering from dysbiosis, it may not be able to regulate the bacteria in the community. Left unchecked, the activity of pathogenic microbes can activate immune system pathways, causing inflammation. This affects the central nervous system, leading to symptoms of depression. And to make matters worse, being depressed can lead to inflammation. Talk about a dog-eat-dog world.

Dysbiosis refers to an imbalance in the ecosystem of microorganisms that occupies a specific area of the body, like the skin or gut. In the case of intestinal dysbiosis, the communities of beneficial and benign bacteria that usually make up the microbiota are altered, leading to digestive symptoms and conditions.

Take heart, dear reader, if you are feeling a bit depressed right now. A number of studies and meta-analyses (that review bodies of evidence in scientific literature) suggest that probiotics can help with depression. Their findings range from generally positive to possibly very positive, but basically more research is required.

According to a 2017 systematic review published in the Annals of General Psychiatry, “the evidence for probiotics alleviating depressive symptoms is compelling” but requires more rigid testing environments and criteria regarding strains of probiotics, dosage and length of treatment.

Another systematic review and meta-analysis, published in 2016 by Nutrients (a peer-reviewed journal), reported that “probiotics were associated with a significant reduction in depression”. However, they also found the efficacy of treating depression with probiotics was age-mediated: positive effects were only observed in patients under 65 years old. 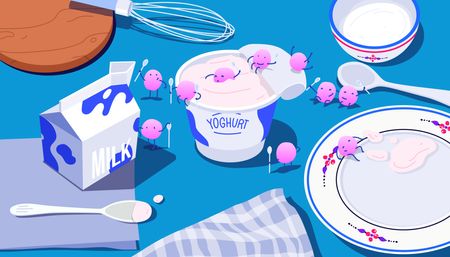 Make your own probiotic yoghurt


Eat the rainbow: the power of food

The human body is complicated: its internal systems do not work in isolation. Evolution gave us the gut-brain axis in its current form. If you’ve been paying attention, you’ll notice that it is not connected to your thumbs or elbows, is it? No, it’s connected to your brain, the "cockpit" if you will, of the body.

The mechanisms underpinning this connection and interplay with the gut microbiota represent potential solutions for treating many diseases that are directly and indirectly associated with the digestive system. Right now, you can start by diversifying your eating habits. To quote The Doctor's Kitchen, a lifestyle medicine podcast by Dr. Rupy Aujla, “Eat the rainbow”. 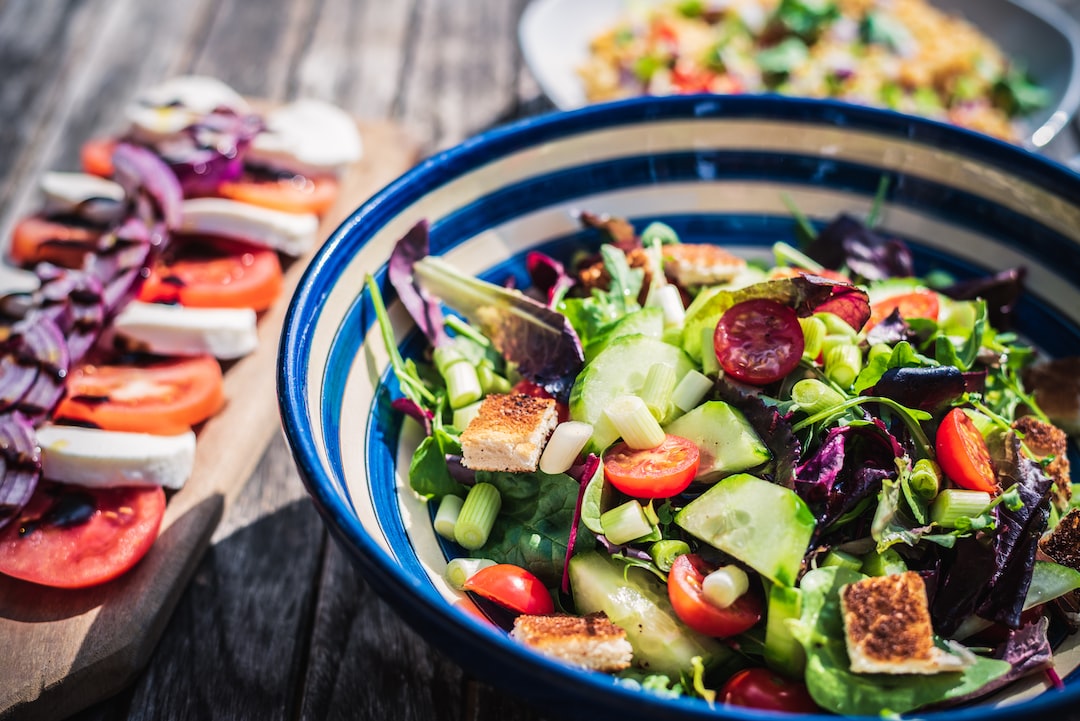 On the other hand, the typical Western diet is linked to reduced microbiome diversity and low-grade inflammation. Rich in simple sugars, salt, meat, fats and fried food, this diet increases the risk of non-communicable diseases like obesity, diabetes type II and cardiovascular disease.

The Western diet has been shown to negatively influence the gut microbiome, leading to inflammation and leaky gut syndrome. This syndrome is characterised by a weakened gut lining that allows toxins, bacteria and food particles to enter the bloodstream.

In particular, Gram-negative bacteria can produce substances that act as endotoxins. The activity of such microbes can increase peripheral inflammation, produce neuroinflammation and lead to alterations in the central nervous system.

The beneficial and benign bacteria of the gut microbiota are significantly influenced by the nature of what you eat. They respond positively to diets made up of prebiotics found plant-based foods like fruit, vegetables, whole grains, pulses, nuts and seeds, and probiotics found in fermented foods.

Prebiotics are dietary substances provide nourishment for gut bacteria which, in turn, transform them into beneficial substances for the body like short-chain fatty acids (SCFAs).

Incorporating these sources of sustenance will not only provide your body with the nutrients it requires, but with the nourishment needed for a strong microbiome that can protect you from disease. In fact, research shows that it could beneficially impact a range of diseases, mood and potentially even sleep. 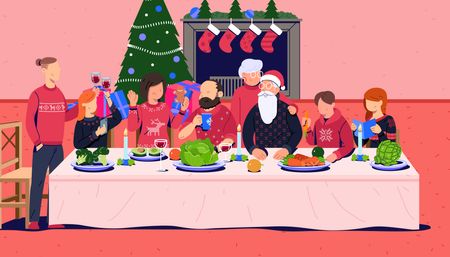 Meet the prebiotics in your Christmas dinner

For example, strains of Bifidobacterium and Lactobacillus bacteria have been reported to improve mood and reduce anxiety symptoms in patients with inflammatory bowel disease and chronic fatigue syndrome. Other fermented foods like kefir, kombucha, yoghurt and kimchi may help to improve cognitive functions, memory, focus and reduce stress. However, more research is still required on the benefits of fermented foods for health.

You can learn more about the composition of your gut microbiome and how it affects your health with the Atlas Biomed Microbiome Test.

Not only do you receive an overall score for assessed microbiome functions, you get an in-depth profile of your microbes and their ability to produce butyrate, break down fibre, synthesise vitamins and protect you from diseases. You will also learn about the probiotics in your microbiome, and most importantly, what foods you need to eat to enhance your wellbeing, mood and digestive health.

If you've already taken the test, here are links to your results and cool features in your personal account.

1. The body's systems are connected in complex ways.
2. The gut-brain axis works in both directions.
3. Your second brain, the enteric nervous system, resides in the gut.
4. It is made up of 500 million nerve cells and 100 million neurons.
5. Changing gut contraction patterns can confuse the brain.
6. Dysbiosis is associated with diseases and mood disorders.
7. Inflammation can cause depression, that can cause inflammation.
8. Probiotics may alleviate depression symptoms.
9. Eat the rainbow readers, but not the leprechauns.