What Are Probiotics And What Can They Do For You?

Probiotics are beneficial bacteria we introduce to the body that can have positive effects for our health.

Probiotics include food and supplements that are a source of live bacteria (and yeasts) with potential benefits for human health. In this article, we’ll explain what are probiotics, probiotic foods, probiotic supplements and common strains of probiotic bacteria.

Our team of scientists has reviewed the evidence on probiotics and how they can help balance the gut microbiome. In April, we updated our system to assess the potential benefits of 13 different probiotic strains of bacteria for your gut health and provide personalised recommendations.

☝️DISCLAIMER☝️Consult your doctor about taking dietary supplements that contain probiotics.

Fermentation is the transformative action of bacteria on a substance, and it takes many forms, but today we’re only talking about the good stuff: probiotics.

When specific bacteria and communities of microorganisms are introduced to food, with the right conditions (temperature, pH, oxygen, water, etc.) they proliferate, manage the ecosystem and provide beneficial functions for human health. 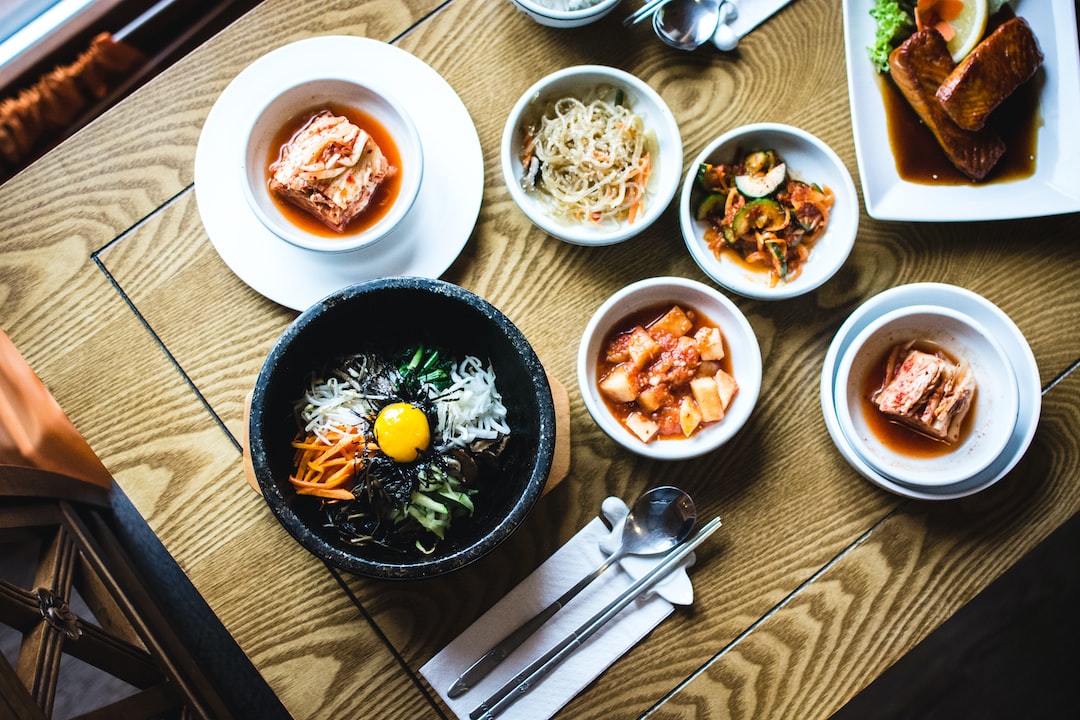 Humans and mammals have instinctively been able to recognise “good” fermentation since the dawn of time. That’s how we acquired a taste for alcohol and (probably) accidentally made the first loaf of leavened sourdough bread. 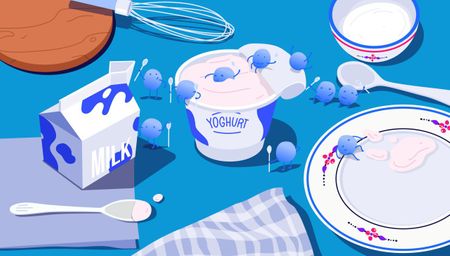 Make your own probiotic yoghurt

Microbes make a home in this food because it has good sources of sustenance, like sugars that they feed on and turn into things like vitamins. Often they coexist with yeasts, like in bread, beer and kombucha, and together, they can break down tough-to-digest proteins.

Bacteria that feature the most in fermented foods includes members of the Lactobacillus, Bifidobacterium and Streptococcus genera. If you’re wondering, genera is the fancy latin plural form of genus, a subcategory of bacteria according to scientific classification.

Overall, the action of fermentation has several benefits: it provides a home and a delicious delivery method for beneficial bacteria to enter our gut because we can eat them, and it makes food more digestible for humans.

Cultures around the world have been fermenting foods for thousands of years. In fact, some of our favourite foods are fermented and probiotic. However, mass-produced fermented foods are often pasteurised and no longer contain live cultures.

☝️FACT☝️Our digestive system only produces a few types of digestive enzymes, gut bacteria help us a lot with this process.

The potential benefits of probiotics have been recognised for a while. That’s why doctors often prescribe a probiotic supplement at the same time as an antibiotic, often to prevent diarrhoea.

Probiotic supplements can help by adding beneficial bacteria that stabilise and balance the communities of bacteria in your gut microbiome: when they are off-kilter, it can cause dysbiosis.

This condition happens when the balance of bacteria is off, and microbes with potentially negative health consequences settle down in the gut or become too abundant. It causes inflammation and digestive problems.

Most importantly, chronic dysbiosis is now considered a risk factor in many diseases including Crohn’s, ulcerative colitis, cardiovascular disease and neurodegenerative diseases like Parkinson’s. It may also affect how the body responds to important life-saving treatments. 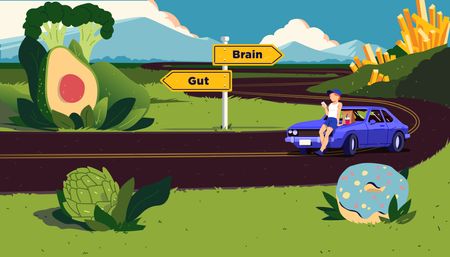 And probiotics might well be the solution to dysbiosis, and help prevent many diseases. The applications of probiotics in research are very widespread now we have the technology to assess the gut microbiome. In fact, probiotics can even be used to effectively treat depression according to recent research.

Probiotics side effects have been suggested and investigated. According to the FDA, populations potentially at risk from the use of probiotics are:

In general, the main side effects reported by participants in studies are minor gastrointestinal discomfort like cramping, nausea, soft stools, flatulence and taste disturbance.

Another potential issue is that probiotic bacteria may not colonise the gut: they might have a transitory effect. This doesn’t necessarily mean the probiotics don’t work, but their benefits may only last as long as you take them.

The most well-known strains of probiotic bacteria are members of the Lactobacillus and Bifidobacterium genera. Lesser-known probiotics that are administered for specific health issues like diarrhoea and gastrointestinal issues include Bacillus coagulans, Escherichia coli Nissle and Enterococcus faecium. 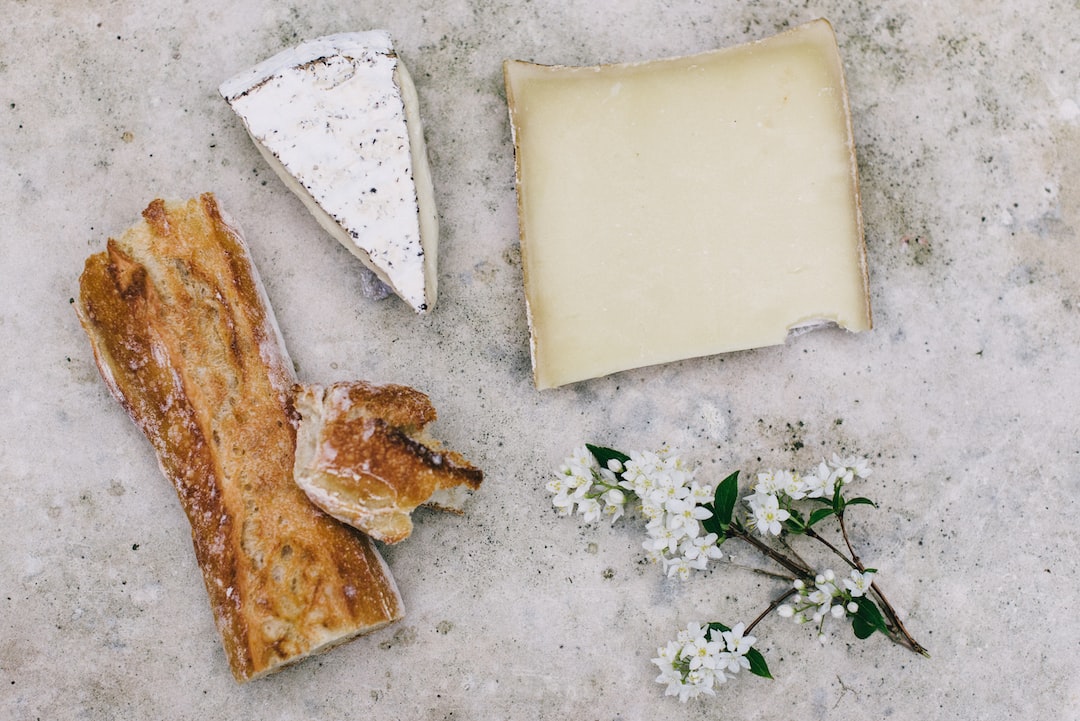 It’s true that some members of the E. coli species and Enterococcus genus are linked with infections (given the right amount and the right environment) but others like the ones we mentioned can help support and normalise your bowel function.

Yeasts can also perform probiotic functions, like Saccharomyces boulardii, that protects against gastrointestinal disorders and antibiotic-induced diarrhoea. It is nearly identical to another member of the same genus: S. cerevisiae, that you probably know better as “brewer’s yeast” and “baker’s yeast”.

☝️FACT☝️Many probiotics used for humans contain strains that are also administered to pets, including dogs.

Probiotics, why did it take so long?

There’s a lot of confusion around probiotic supplements, especially within regulatory agencies for foods and medicines. That’s in part due to the nature of probiotic bacteria.

These little guys are often sensitive to changes in environment, temperature, pH and other parameters. That means they don’t travel well, and they can die if they’re not kept at the recommended temperature at all times.

Basically, authorities find it very hard to regulate the wide scale distribution of a live bacterial culture that’s so sensitive to environmental changes.

That’s part of the reason why companies that make “live” “raw” probiotic foods and drinks aren’t allowed to make health claims about their products.

Another factor that explains the reticence towards probiotics is the delivery method. How do these bacteria survive the bath of stomach acid designed to neutralise health threats?

This mystery is still under investigation, but we’ve circumvented it by screening stool instead. We can analyse the dead bacterial cells and metabolites that come out and see what's happening that way.

But let’s not forget that humans first investigations of microbes revealed them to be a source of serious illness (think Louis Pasteur). Since then, Western medical science has been very focused on eradicating infectious diseases (often caused by bacteria).

We became excellent in this field, but most health problems now arise from chronic and preventable diseases. And we now know that bacteria are part of the health solution for this new era of medicine.

Gut microbes are the future

It’s only now that research funding is finally being redirected towards bacteria and food as a solution to prevent illness. This is in no small part thanks to genomic sequencing like 16s rRNA that researchers (and our Atlas Biomed lab) use to accurately identify and quantify bacteria and their functions in disease emergence and protection.

In fact, Atlas Biomed technology is being used to investigate probiotic treatment for Parkinson’s and immunotherapy treatment for cancer patients. In the meantime reader, you can use our technology to learn about the composition of your gut microbiome, what it means for your health and what probiotics might be right for you.