7 Reasons To Love Microbes In The Gut And Beyond

Microbes play a crucial role in the health of humans, soils, plants and the oceans. They may also be the key to tackling plastic pollution and combating antibiotic resistance. Here are seven reasons you should love microbes as much as we do!

They come in multiple shapes and sizes, including rods, corkscrews and spheres, with some harmful to health, some helpful and many harmless.

Whilst they can't be seen with the naked eye, our planet is teeming with microbes- in and on the soil, plants, oceans, animals and humans.

The five main groups of microbes have almost nothing in common with each other beyond their tininess. For example, bacteria and protists are single-celled organisms, fungi can be multi-cellular whilst viruses have no cells of their own.

Microbiologists even debate among themselves whether a virus should be considered a living organism at all!

Here at Atlas, we're proud ambassadors for the microbial world, especially bacteria, and we want to share a few reasons why they deserve your love.

We are all raised to respect our elders, and single-celled microbes boast the accolade of being earth's oldest inhabitants, showing up in the fossil record 3.5 billion years ago!

We often speak of the "Age of Dinosaurs" or the "Age of Man", but as the famous evolutionary biologist Stephen Jay Gould famously remarked:

Bacteria are the ultimate survivalists and can be found in the most extreme environments on earth, including hydrothermal vents and volcanic hot springs.

The hardiest of microbes are called extremophiles, some of which feed on sulphur, requiring no light whatsoever.

☝Fun fact☝Geobacter bacteria can soak up radioactive uranium waste and use it as energy.

2.) Microbes are central to the health of the planet

Microbes form communities known as microbiomes, which are critical to the health of the overall environment they inhabit, whether plants, animals, oceans or soil. 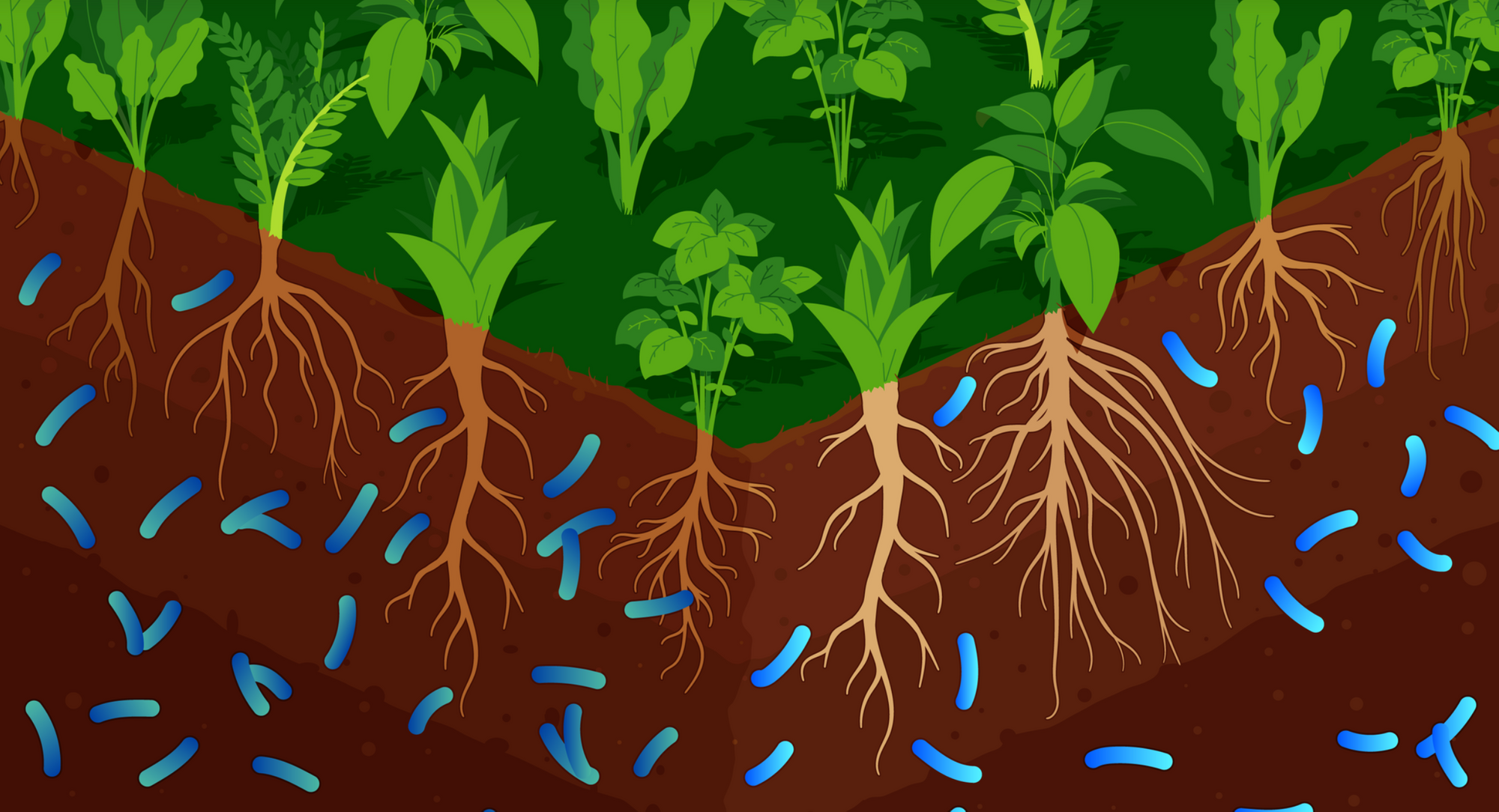 The Facts On Soil Based Probiotics Uses, Benefits And Side Effects

For example, soil microbes capture nitrogen from the atmosphere and convert it into food for plants. In the process, microbes also minimise greenhouse gases in the atmosphere, combating global warming. Neat, huh?

Or take the marine microbiome- one of the largest on the planet. Not only do ocean-dwelling microbes modulate the acidity of the water, but they are responsible for producing over half of the world's oxygen supply!

The majority of this production is from oceanic plankton and bacteria with the ability to photosynthesize. Prochlorococcus, a specific species of bacteria, produces up to 20% of the oxygen in our entire biosphere!

Moreover, marine microbes are major processors of greenhouse gases, meaning they may be able to help alleviate global warming.

Bacteria consume anything and everything- including sulphur and even one another. As it turns out, some species of marine bacteria can also consume oil, with at least seven species of bacteria surviving solely on the fuel.

Marine species from several families, including Marinobacter and Oceanospiralles, can also eat petroleum compounds as part of their diet.

Researchers refer to this process as oil biodegradation, which proved extremely useful after the 2010 Deepwater Horizon oil spill in the Gulf Of Mexico.

During the incident, 5 million tonnes of light crude oil were let loose into the ocean, continuing to spill into the environment for three months.

In the wake of the incident, researchers observed numerous bacterial species metabolising oils and minimising the environmental damage.

Multiple agencies continue to monitor the region to try and better understand the behaviour of these bacterial clean-up crews.

The microbe was found in a Japanese waste dump where it had naturally evolved the ability to degrade plastic.

After tinkering with this clever bacteria, the researchers accidentally created an enzyme even better at breaking down PET than the original. 2020 marked another breakthrough as the team managed to increase the speed of biodegradation sixfold!

In the same year, a company called Carbios announced that they had engineered a mutant enzyme derived from ideonella sakaiensis, capable of breaking down PET plastic bottles in mere hours.

The company has partnered with Pepsi and L'Oreal and hopes to utilise the technology on a large scale by 2025.

Whilst there are still challenges to overcome, modified bacteria are a promising solution to the global plastic pollution crisis.

4.) Microbes can improve the nutritional value of foods via fermentation

Fermentation is an ancient food preparation technique dating back thousands of years. During fermentation, bacteria and fungi break down starches and sugar into lactic acid bacteria, the most common type being lactobacillus. 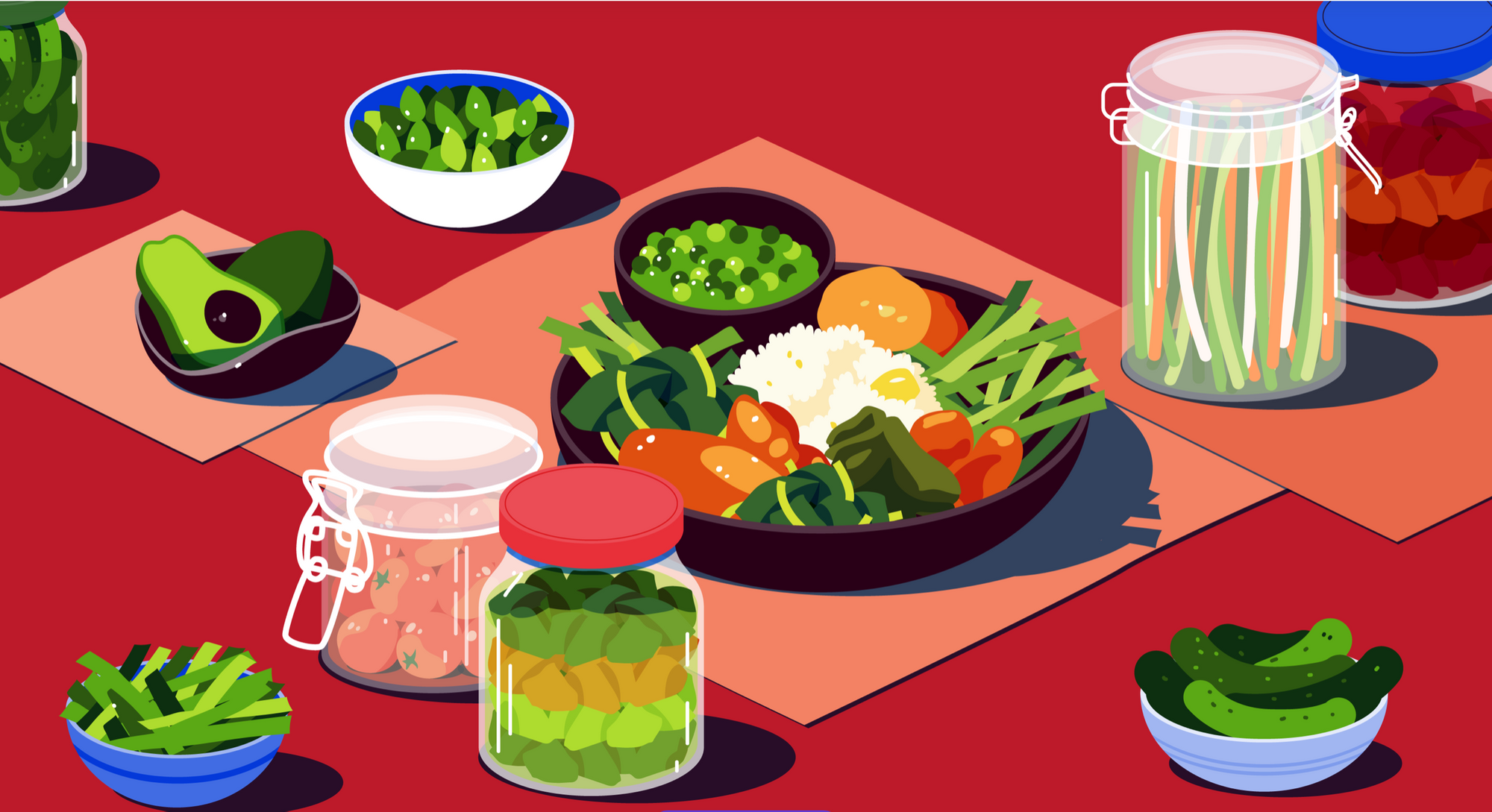 Research suggests a diet rich in fermented foods such as kimchi, sauerkraut, kombucha and kefir can reduce inflammation and increase microbiome diversity. All these foods contain live beneficial microbes including bacteria and yeasts.

Moreover, the fermentation process can alter the nutritional profile of foods, increasing their vitamin content and digestibility. These benefits persist even after the microbes are heat-killed, as seen with sourdough bread.

☝TIP☝If you are immunocompromised or pregnant, consult your GP before consuming fermented foods with live microorganisms.

Those with diabetes inject insulin daily to regulate their blood sugar levels, but all that insulin must come from somewhere.

Historically, researchers would extract insulin from the pancreas of pigs or cattle, but insulin sourced this way is in short supply and can cause side effects.

Nowadays, the large majority of insulin is made by inserting human genes coding for insulin into genetically modified bacteria and yeasts. The microbes transcribe and produce the hormone in large amounts, which can then be harvested.

Not only does bacteria-made insulin increase the scale of production, but it also causes fewer side effects than insulin sourced from animals as well.

6.) Microbes can support your immune, metabolic and gut health

From verdant jungles to wind-swept savannahs, arctic plains to volcanic springs, microbes are present in abundance, and the human body is no exception.

You play host to a community of microbes numbering trillions, 95% of which reside in the colon.

Collectively, these microbes outnumber the stars in our Milky Way and can weigh as much as 4lb. The gut microbiome includes various microbes, including archaea, protozoa, fungi, viruses, and bacteria.

Bacteria are the best studied of this diverse cast and are known to play a vital role in human health.

Among their many functions, gut bacteria synthesise essential vitamins, train the immune system and produce anti-inflammatory compounds such as butyrate. Gut bacteria may even be able to influence your mood by hacking the gut-brain axis.

Additionally, the bacteria in your gut can influence the structure of certain medications, determining their efficacy and whether you experience side effects. 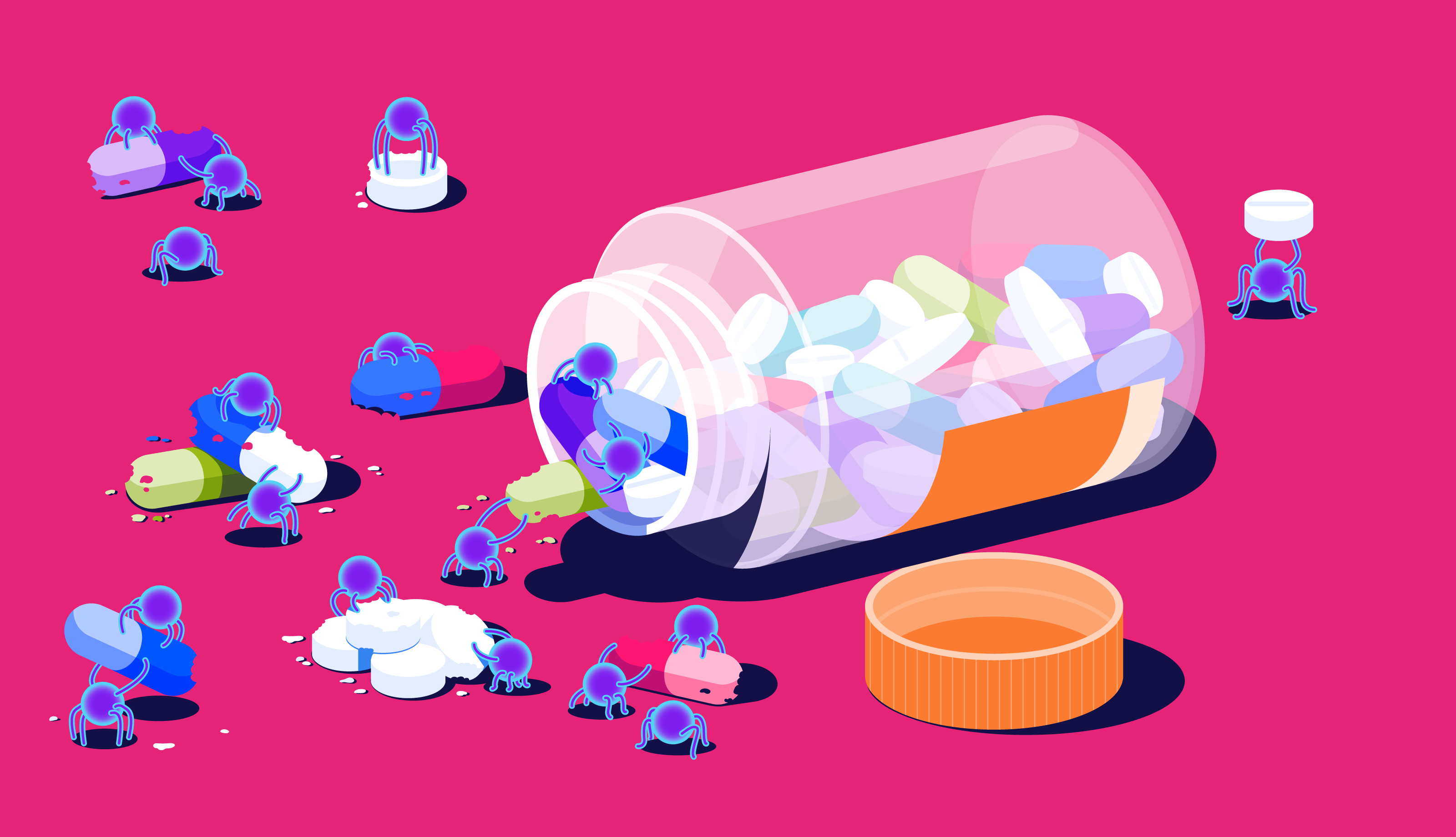 Researchers increasingly consider the gut microbiome a distinct organ, blurring the lines between microbe and man.

Moreover, your microbiome contains hundreds of folds more DNA than your native human genome, hence why it's often called the "second genome."

Whilst it is often touted that we are merely 10 percent human (with bacterial cells outnumbering our own), the actual ratio is more likely to be 1/1. What's more, our human cells are far larger than bacterial ones also.

When this inner microbial world is balanced and diverse, your gut microbiome can protect against inflammatory diseases, support the immune system and potentially even improve mood.

On the contrary, imbalances in the gut microbiome are associated with everything from depression and obesity to colon cancer and Parkinson's.

It's unclear whether dysbiosis is a cause or consequence of disease, but what's not disputed is that gut bacteria are essential to human health, just as they are key to the health of all other life.

7.) Microbes could help in the fight against antibiotic resistance

Due to the overuse of antimicrobial drugs in humans, livestock and plants, many bacteria have become immune to common antibiotics.

Scientists are in a constant arms race with bacteria, battling to develop new weapons before the adversary develops resistance to the current ones.

These can be found in all sorts of places, such as Komodo dragon blood and also in soil microbiomes. 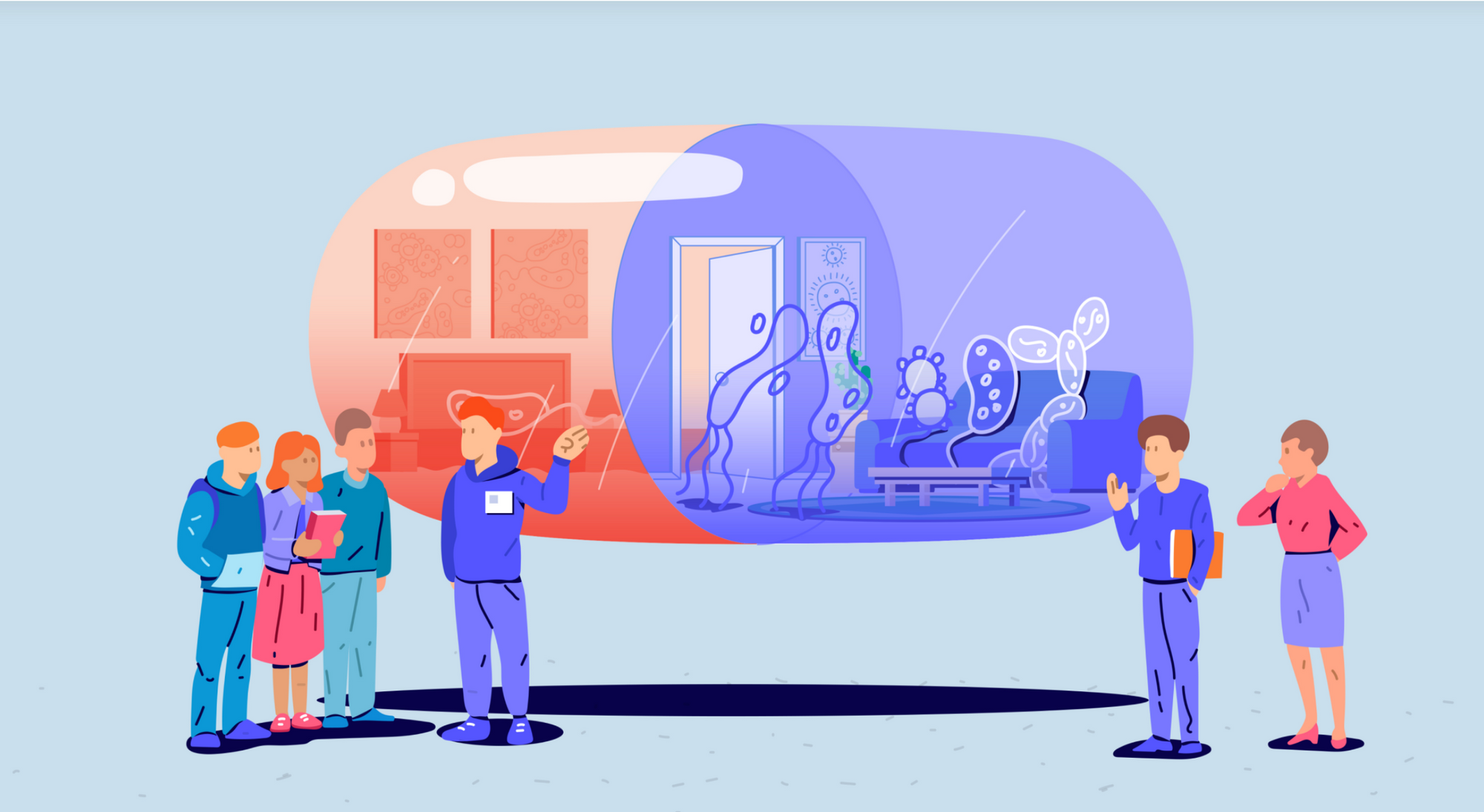 The Microbiology Society launched a public engagement project to discover new types of antibiotics in soils across the UK, fittingly named Antibiotics Unearthed. Likewise, similar projects like the Small World Initiative are ongoing in the US.

In 2018, a research team funded by the US National Health Institute discovered a new class of antibiotics, called malacidins, by sifting through 2000 publicly collected soil samples.

The drug will need to undergo much more research before it is trialled on humans. Still, it has successfully killed several multi-drug resistant bacteria in lab studies, including methicillin-resistant Staphylococcus aureus (MRSA) in rats. MRSA is a "superbug" that claims thousands of lives annually.

Finding these substances is just the beginning of a long and expensive process, but it's a powerful reminder that the soil beneath us is far from just lifeless "dirt".

Commenting on the findings, the director of the National Health Institute, Francis Collins, said:

"It looks as though some of the solutions to the growing problem of antibiotic resistance have been hiding, quite literally, right in our own backyards."

Another potential solution to antibiotic resistance could be through the use of bacteriophages- the most abundant biological agent on earth. Phages are viruses which infect and replicate within bacteria, killing them during the process.

Each type of phage is programmed to target a particular bacterium, like assassins with different contracts. Researchers can use phages programmed to kill pathogenic bacteria alongside or in place of antibiotics.

Whilst costly and time-consuming to develop, phages make it much harder for bacteria to develop resistance due to their precision.