To mark ovarian cancer awareness month, we are looking at the silent signs and common symptoms of ovarian and fallopian tube cancer, including bloating and digestive upsets.

According to research, two-thirds of women are diagnosed with ovarian cancer after it has spread beyond the ovaries. At this point, survival rates can drop by as much as half.

Many women believe that ovarian cancer is asymptomatic early on, though this isn't true. In reality, early signs of the disease are often mistaken for less severe conditions such as irritable bowel syndrome. Moreover, one in four women does not know the four main symptoms of ovarian cancer, despite it being the most deadly gynaecological cancer.

What is ovarian cancer?

The ovaries are two small, almond-shaped organs on either side of the uterus. Besides releasing a woman’s egg during ovulation, these little organs produce sex hormones like progesterone and oestrogen. 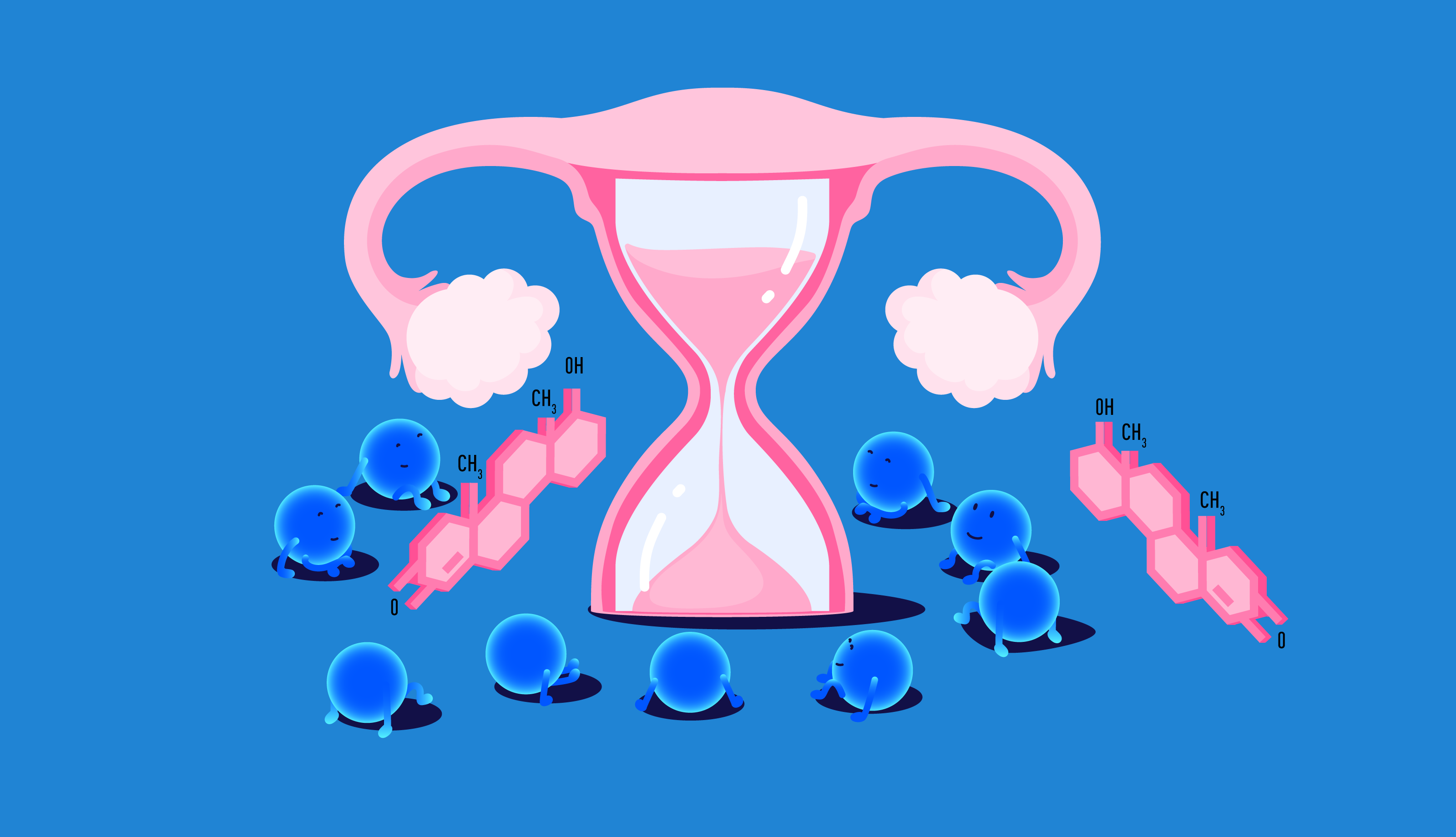 The Relationship Between Menopause And The Microbiome

Ovarian cancer occurs when abnormal cells in the ovaries begin to multiply and divide rapidly, forming growths in the process. Ovarian cancer can occur on one or both ovaries.

Growths can be benign (non-cancerous) or malignant (cancerous). Cancerous growths can spread throughout the body to other organs if not detected or treated early. The more cancer spreads, the harder it is to treat. Anyone with ovaries can develop ovarian cancer, though it is more common in those over 50.

If one or more of these risk factors applies to you, it does not mean that you will develop cancer. Likewise, many women who are not at high risk develop ovarian cancer also. 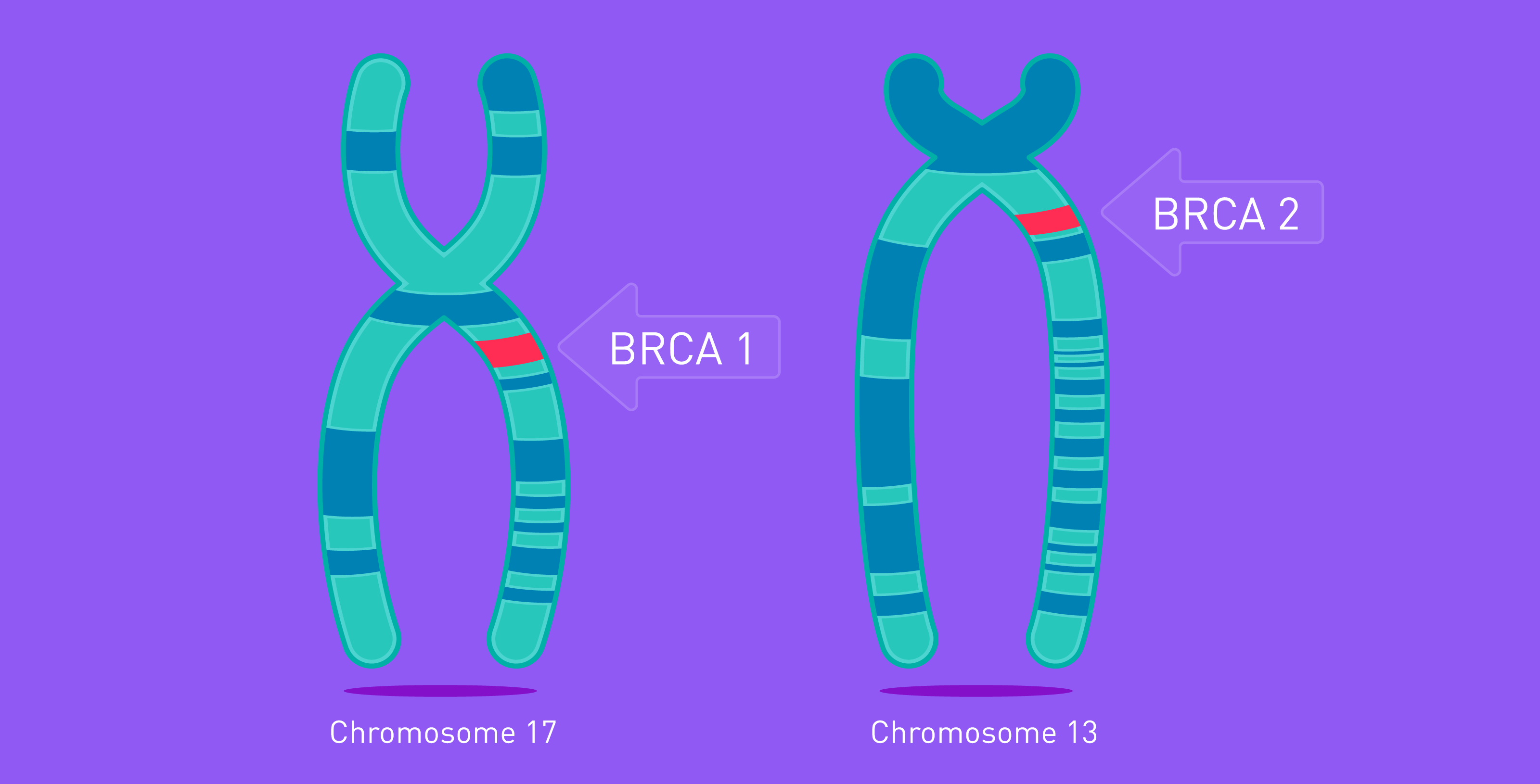 BRCA1 And BRCA2 Gene Mutations: How Do They Affect Cancer Risk?

☝DID YOU KNOW?☝ If you have a BRCA gene mutation, you have a 35-60% increase of developing ovarian cancer too. Those with an Ashkenazi Jewish background are at particularly high risk for developing BRCA1 or BRCA2 mutations.

Despite the common belief that ovarian cancer is a silent killer, the disease does produce symptoms in women during its early stages. The four most common symptoms include:

Other symptoms include back pain, extreme tiredness, vaginal bleeding after menopause and changes in your bowel habits (going more or less often).

In many cases, these symptoms may well be the result of menopause, urinary tract infections, IBS or something else entirely, though the only way to find out is to speak to your GP. 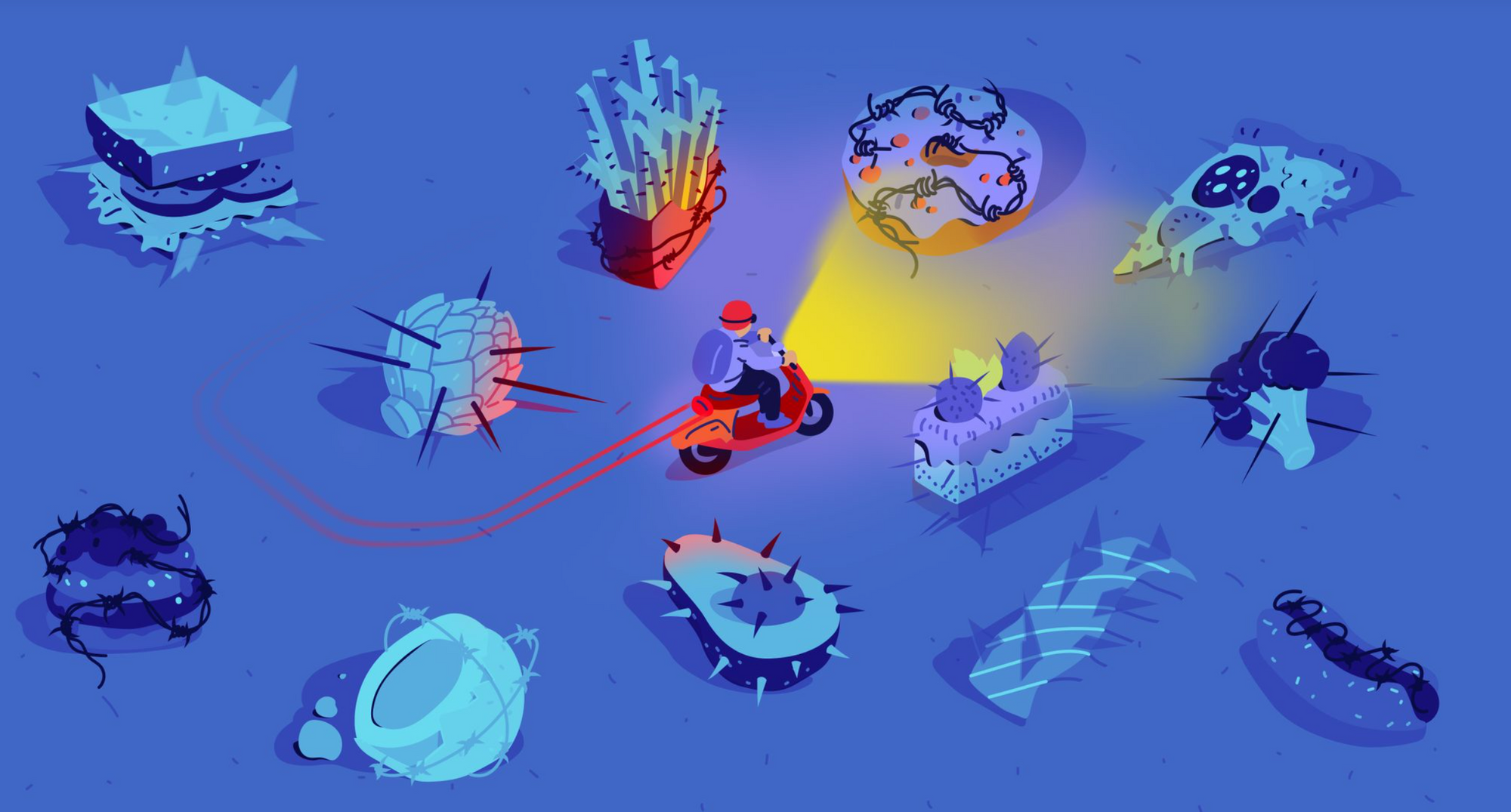 The National Institute for Health and Care Excellence (NICE) suggests that GPs send patients for tests if they have any of these primary symptoms more than twelve times a month. If you feel like your GP is dismissing your concerns, you have a right to ask for a second opinion.

☝DID YOU KNOW?☝ Those who have had their ovaries removed still have a 5% chance of developing ovarian cancer from remaining cells.

Tragically, many women do not associate bloating or digestive upset with cancer, assuming it is a harmless symptom that signals intolerance or poor diet.

According to a YouGov Poll of 1,142 women, only 34% said they would consult their doctor about persistent bloating, whilst half said they would simply change their diet. Out of those asked, only 1 in 5 could name bloating as a symptom of ovarian cancer.

If you experience persistent bloating, constipation, diarrhoea or flatulence, make an appointment with your GP as soon as possible, regardless of your age.

☝TIP☝ There is no routine test to detect ovarian cancer. The best way to catch the disease early is to be aware of the symptoms and report any changes to your GP.

The ovaries consist of three unique cell-types, all of which can develop into different tumour types, including:

Of the three, epithelial cell tumours are the most common, making up as much as 90% of reported cases. In this type, cancer starts in the cells of the surface covering the ovaries. Around 70% of women with this type of ovarian cancer are already in the advanced stages when diagnosed, meaning cancer has spread elsewhere.

Germ cell ovarian tumours begin in the reproductive cells that become a women’s “eggs”. Overall, they account for around 2% of ovarian cancers and are more likely to impact younger women than other types.

Sex cord-stromal tumours affect the tissues that support the ovaries. Like germ cell tumours, they are a rare form of ovarian cancer.

The fallopian tubes link the ovaries to the womb. When a woman is still of child-bearing age, her ovaries produce an egg each month that travels through these tubes and into the uterus.

☝DID YOU KNOW?☝Researchers now think that some cancers labelled epilethial ovarian tumours actually begin in the fallopian tubes.

Can ovarian cysts be cancerous?

Ovarian cysts are small sacs of fluid that develop on the ovaries. Most ovarian cysts are benign, meaning non-cancerous and often occur as a normal part of the menstrual process.

With that said, a small number of cysts can become cancerous, though the only way to find out is by taking a biopsy and examining the tissue. Cancerous ovarian cysts are more common in women who have undergone menopause.

Ovarian cysts are very common and generally asymptomatic, though not always; if the cyst ruptures or is extremely large, you might experience symptoms, many of which can mimic ovarian cancer. If you experience any of the following persistently, then consult your GP immediately:

What are the four stages of ovarian cancer?

Ovarian cancer is split into four stages depending on the size of the tumour and whether it has spread beyond the ovaries. If cancer is caught in stage 1, the survival rate is significantly higher than in later stages. Depending on how far cancer has progressed, the treatment method might differ.

Stage 1 ovarian cancer: The cancer is contained within one or both of the ovaries, though it has not yet started to spread. Generally, stage one cancer is treated with surgery, though some women may require chemotherapy also.

Stage 3 ovarian cancer: In the third stage, the cancerous tissue will have spread into the abdominal cavity. At this point, the liver, pancreas, kidneys and lymph nodes may be affected.

Stage 4 ovarian cancer: Cancer has travelled far beyond the ovaries and pelvic region, impacting organs as distant as the liver, spleen and lungs.

What are the grades of ovarian cancer?

Whilst the stage tells you how big a cancer is and whether it has spread, the grade describes how abnormal the cells appear under the microscope. Doctors will take a biopsy of suspected cancerous cells to determine the grade.

There are three grades of ovarian cancer tumours, with a higher grade meaning the tumour is expected to develop and spread more quickly:

Grade 2: Also referred to as intermediate-grade tumours, grade 2 means the growth is expected to develop moderately. Both grade 2 and grade 3 tumours are referred to as “high-grade” cancers.

Grade 3: Lastly, grade 3 tumours grow quickly and chaotically. They are the most aggressive type of tumour and the hardest to treat.

Screening tests detect diseases such as cancer before any symptoms arise. Unlike cervical, breast and bowel cancer, there is no reliable screening method for ovarian cancer.

Moreover, four in ten women falsely assume that a pap smear or HPV (human papillomavirus) test can detect ovarian cancer. On the contrary, smear tests cannot detect ovarian cancer, especially in the early stages, so do not rely on the examination as a preventative tool.

Currently, two tests are commonly used to diagnose ovarian cancer, including CA-125 blood testing and transvaginal ultrasounds. In conjunction with a physical examination of the pelvic region, these can help a doctor confirm a diagnosis.

Whilst these tests are utilised to diagnose suspected ovarian cancer, neither CA-125 blood testing nor ultrasound has been deemed fit for national screening in those without symptoms. Let’s explore these tests in a little more depth.

CA-125 is a protein known as a tumour marker, meaning that cancerous tumours release the chemical. Generally, women with ovarian cancer have higher levels of the chemical, though not always.

In light of this, researchers can measure the levels of CA-125 in a women’s blood to determine whether they may have ovarian cancer.

With that said, other conditions besides ovarian cancer release the protein, including endometriosis. For this reason, it is not a completely reliable marker for ovarian cancer when used alone.

Besides CA-125 blood tests, there has been a lot of research into transvaginal ultrasounds to detect ovarian cancer.

During this procedure, doctors insert a probe into the vagina, which then maps out the shape of the ovaries. The ultrasound can detect tissue masses and determine whether they are solid or filled with fluid. Generally, a solid mass is more likely to be cancerous.

All in all, over 200,000 women were recruited for the clinical trial and split into three groups: half of the cohort didn't receive screening, whilst the remaining women received either ultrasounds or blood tests annually.

On average, the women were followed for up to 16 years. After reviewing the results, the study concluded that neither test was effective in saving lives. Researchers recommended against general population screening using these two technologies based on the results. The search for a reliable early screening method continues.