Our gut microbes constantly interface with the immune system, influencing disease risk for various conditions, including cancer. Keep reading to discover the role of gut bacteria in cancer prevention and treatment, including how they can prime the immune system to fight cancer cells.

You play host to trillions of microbes, outnumbering the stars in our galaxy and weighing around the same as a cat's brain!

Alongside your 30 million human cells, you are made up of 39 trillion bacterial ones, comprising over a thousand separate species on average.

The largest and most important community of microbes reside in the large intestine, collectively known as the gut microbiome.

The sum of genes in this microbial kingdom stands at around 3.3 billion, dwarfing your 23,000 human genes and complementing your native genome.

We exist symbiotically with this menagerie of bacteria, eukaryotes, fungi and viruses, offering them space and nutrients for a range of health functions.

Our microbial inhabitants influence everything from metabolism to immunity, earning them the status of an "organ" by some researchers.

Advances in the last decade have enabled scientists to audit the microbiome and its functions, marking a new frontier in health research comparable to the Human Genome Project.

As we now know, our resident microbiota maintains two-way communication with immune cells in the gut, which researchers refer to as the microbiome-immune axis. 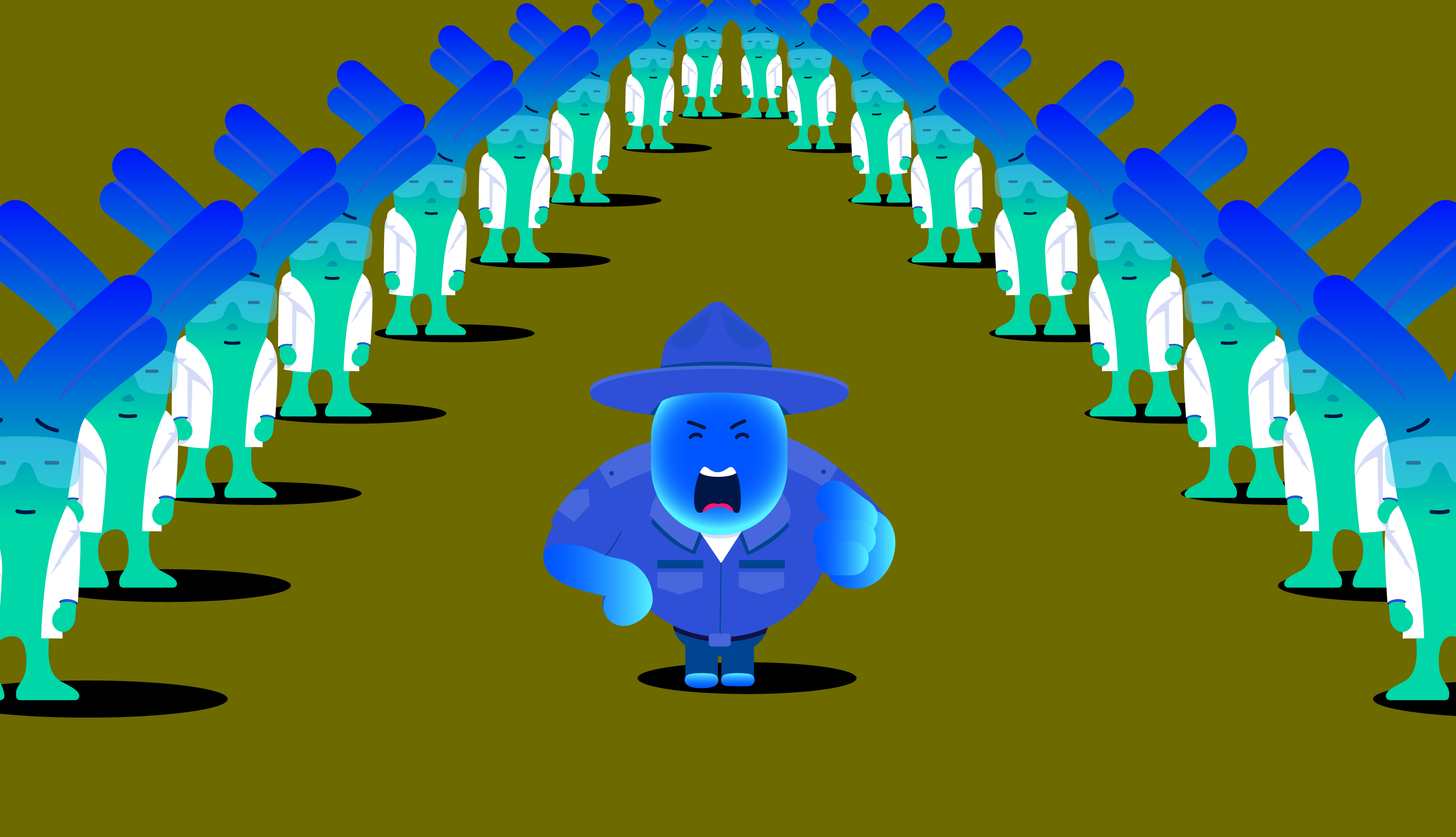 More recently, the microbiome has become a focal point in cancer research, with evidence suggesting our microbes can influence tumour development and the effectiveness of cancer treatment, likely acting via the microbiome-immune axis.

A whopping 70% of the immune system is localised to the gut, primarily found in dome-like structures called Peyer's patches.

The dense network of immune cells in the gut is there for a good reason, as the gut lining- only one cell thick!- separates self from non-self (our human cells from our microbial ones).

These immune cells act like sentries in a guard tower, assessing passing traffic for harmful pathogens and triggering inflammation in response.

Immune cells are not fully operational at birth but must learn to distinguish between harmful pathogens and benign bacteria.

As it turns out, our gut microbiota offer this vital immune education, training immune cells to distinguish between the good, the bad and the harmless.

As a child learns to walk, use the toilet and speak from their parents, their immune cells are also undergoing an education which will serve them for life.

So what happens if our immune cells skip their microbial education? Mice raised without a microbiome exhibit immature immune systems, depleted in anti-inflammatory regulatory t-cells. 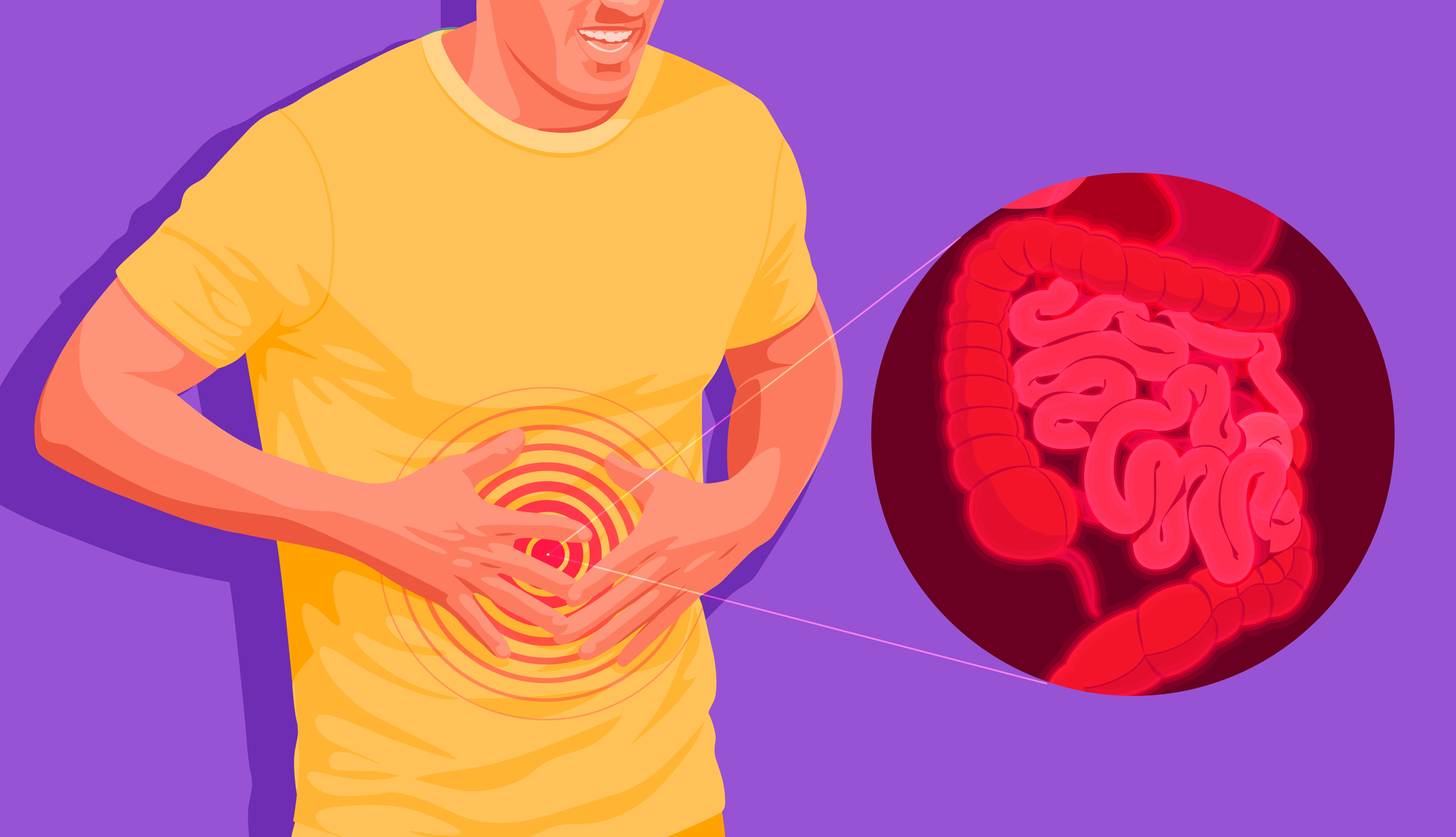 Additionally, germ-free mice lack a mucosal layer, have smaller Peyers patches and show altered production of the IgA antibodies- immune cells which stop microbes from docking on the gut wall.

Interestingly, when germ-free mice are housed alongside rodents with a microbiome, their immune systems begin to develop as expected parallel to microbial colonisation.

The results strongly suggest that our microbiome plays a crucial role in immune maturation, and what happens in the gut doesn't stay there!

Researchers theorise that these variables reduce diversity in early life, hindering immune education and raising the risk of immune dysfunction.

The microbiome, inflammation and cancer development

We've established that the microbiome plays a vital role in the development of the infant immune system from around 1-5, but microbes continue to interface with immune cells beyond childhood.

Whilst a "healthy" microbiome remains elusive and hard to define, a lack of diversity coupled with increased pathogenic species can trigger inflammation in the gut and beyond. 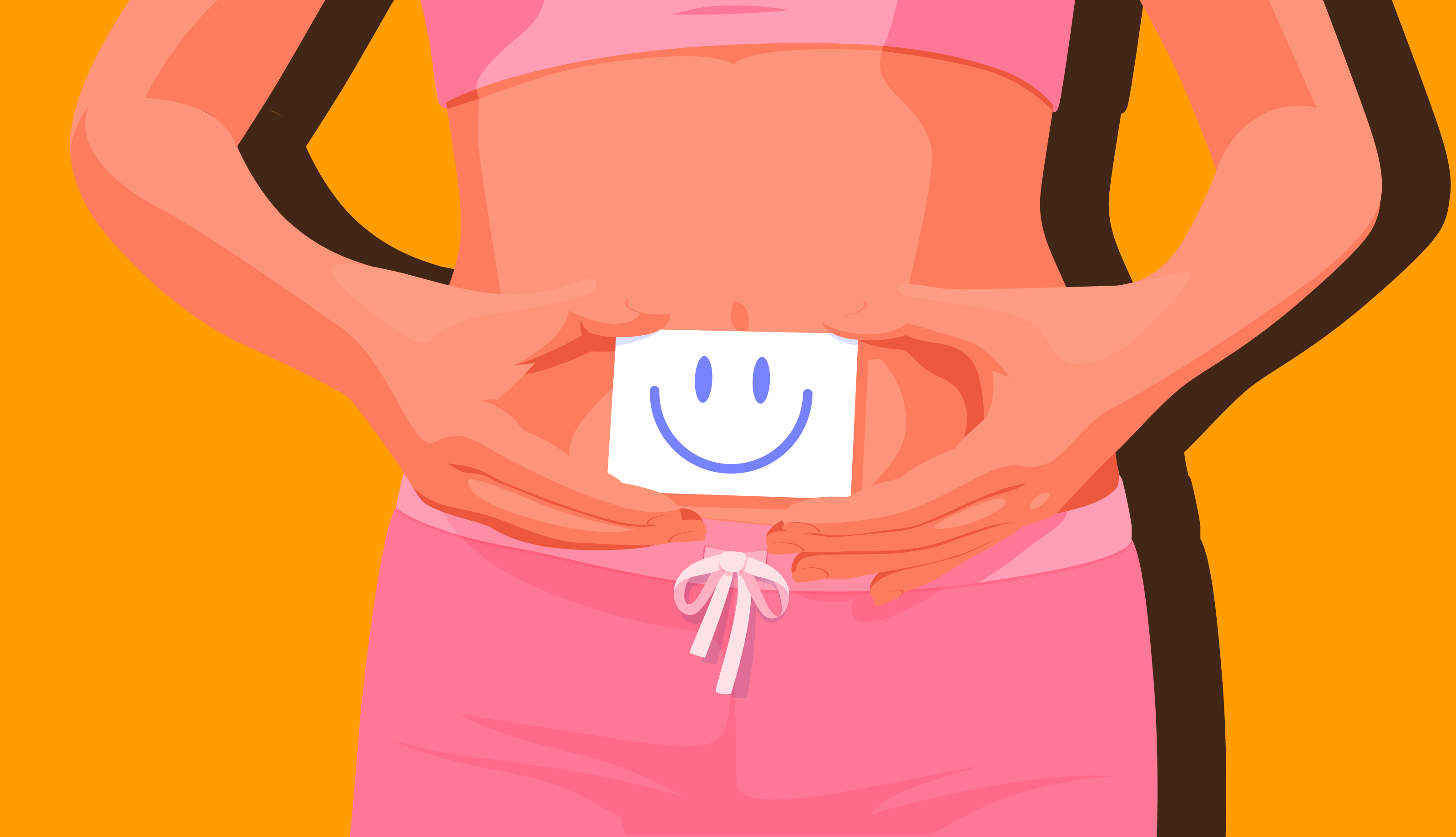 A Picture Of Health: Defining A Healthy Microbiome

A pro-inflammatory microbiome can increase a person's risk for conditions such as ulcerative colitis and Crohn's disease, both of which are associated with an increased risk for colonic cancer..

Microbes can influence immune cells directly (by docking them) or indirectly via metabolites. Take H.Pylori- the only bacterium that has been causally associated with cancer.

This pathogenic microbe has many tricks up its sleeve, allowing it to promote tumour growth and undermine the body's immune response.

Firstly, H.Pylori can dock and inject an inflammatory cytokine called CagA into host cells. Once inside, CagA can damage DNA and exert a carcinogenic effect.

One microbe that is gaining attention in cancer research is Fusobacterium nucleatum, a bacterial species strongly associated with colon cancer.

Whilst causation has not been established, F nucleatum is known to produce multiple inflammatory metabolites, all of which create an environment favourable to tumour growth.

This opportunistic bacteria can also undermine immunosurveillance and put the breaks on killer t-cells, allowing cancerous cells to grow and multiply unchecked.

☝DID YOU KNOW?☝ When you take an Atlas Microbiome Test, you'll learn your risk score for ulcerative colitis and Crohn's disease. Additionally, you'll discover the inflammatory potential of your unique microbiome.

Immunotherapy is a form of biological therapy which harnesses a patient's immune system to fight cancer cells.

There are multiple types of immunotherapy, including T-cell transfer therapy (TCTT) and immune checkpoint inhibitors (ICI).

ICI's disable the breaks on killer T cells, which cancerous tumours target to undermine the body's immune response. By doing so, they ramp up our immune response to cancer cells and increase anti-tumour action.

Whilst ICI's can shrink even advanced cancerous tumours, a large group of people fail to respond. For example, 50% of patients with melanoma cancers respond poorly- if at all- to treatment.

In 2018, the prestigious journal Science published a trio of papers to much excitement in the oncological community.

The studies found strong associations between microbiome composition and the effectiveness of immune checkpoint inhibitors for treating cancer.

Of the three studies, two examined microbiome make-up in melanoma patients, and one looked at microbiome composition in those with epithelial tumours.

The researchers took faecal samples before the subjects underwent PD-1/PD-L1 ICI treatment and then measured their response to the drugs.

All three studies found a strong link between microbiome composition and drug response. Additionally, those who responded successfully to treatment possessed higher levels of certain species, although these differed across the studies.

In the first study looking at melanoma patients, those who responded to treatment were found to possess greater diversity than non-responders and have microbiomes enriched in bacteria from the Ruminococcocae family.

In the third study, also looking at melanoma patients, the researchers found a strong association between microbiome composition and immunotherapy response.

In particular, Bifidobacterium longum, Collinsella aerofaciens, and Enterococcus faecium were found in greater abundance among the responders.

Next, the team transplanted faecal samples from human responders into germ-free mice. Typically, mice raised in a sterile environment respond poorly to immunotherapy, owing to their underdeveloped immune system.

The third study looked at microbiome composition in those with advanced kidney, bladder and lung cancer before undergoing PD-1 treatment.

Like the preceding studies, it found strong correlations between the community of microbes in the gut and the effectiveness of PD-1 drugs in cancer treatment.

Tellingly, individuals who underwent antibiotic treatment within 1-2 months of PD-1 treatment were less responsive to immunotherapy and had lower survival rates overall.

Cancer patients often take frequent and high doses of antibiotics preceding treatment, which this study suggests could undermine the immune system via the microbiome.

After comparing the gut microbial composition of responders and non-responders, the team identified a significant association between immunotherapy responsiveness and relative abundance of Akkermansia Municiphila.

Furthermore, transplanting the microbes from human immunotherapy responders into mice without a microbiome increased the effectiveness of PD-1 treatment, mainly by acting on the pro-inflammatory cytokine interleukin 12.

More recent research has cemented these findings, offering further support for the role of the microbiome in cancer treatment response.

A study published earlier this year analysed the microbiome of 147 melanoma patients, drawn from multiple studies.

The paper aimed to identify if the microbiome influences immunotherapy efficacy and which bacterial species, if any, are associated with improved outcomes.

The paper reported a link between microbiome composition and overall response rates to immunotherapy, with the responders having higher abundance in:

In mice studies, the microbial metabolite inosine has been observed to improve response to immune checkpoint therapy.

Interestingly, Bifidobacterium longum has been found to produce this compound, which was associated with improved immunotherapy response in one of the several studies mentioned earlier.

Whilst promising, no biomarkers were consistent across studies, suggesting the microbiome-cancer link is more complex than identifying singular carcinogenic species.

More likely, a healthy microbiome is context-dependent and will vary from person to person. Nonetheless, all of these studies suggest the microbiome is a promising target in cancer treatment, capable of priming the immune system to better fight cancerous cells.

Targetting cancer via the microbiome

Unlike our genes, the microbiome can be altered via diet, lifestyle, probiotic supplementation, and faecal transplants.

In theory, researchers could use these microbiome-targetted therapies to prime a "cancer microbiome" for immunotherapy.

There are numerous studies underway to see if microbial manipulation can improve the efficacy of cancer treatment, although the era of microbiome-oncology research is just beginning.

Whilst exciting, there is still lots we do not know about the connection between microbes and cancer.

For example, it remains unclear what a "cancer microbiome" looks like and which microbiome composition is optimal to encourage immunotherapy response.

There is likely no one size fits all "cancer" microbiome, but multiple combinations of microbes that can increase cancer risk.

What can you do to prevent cancer risk?

What we do know is that a diverse and balanced microbiome, enriched in butyrate-producing bacteria, can reduce your risk for inflammatory diseases such as ulcerative colitis and Crohn's- risk factors for colonic cancer. 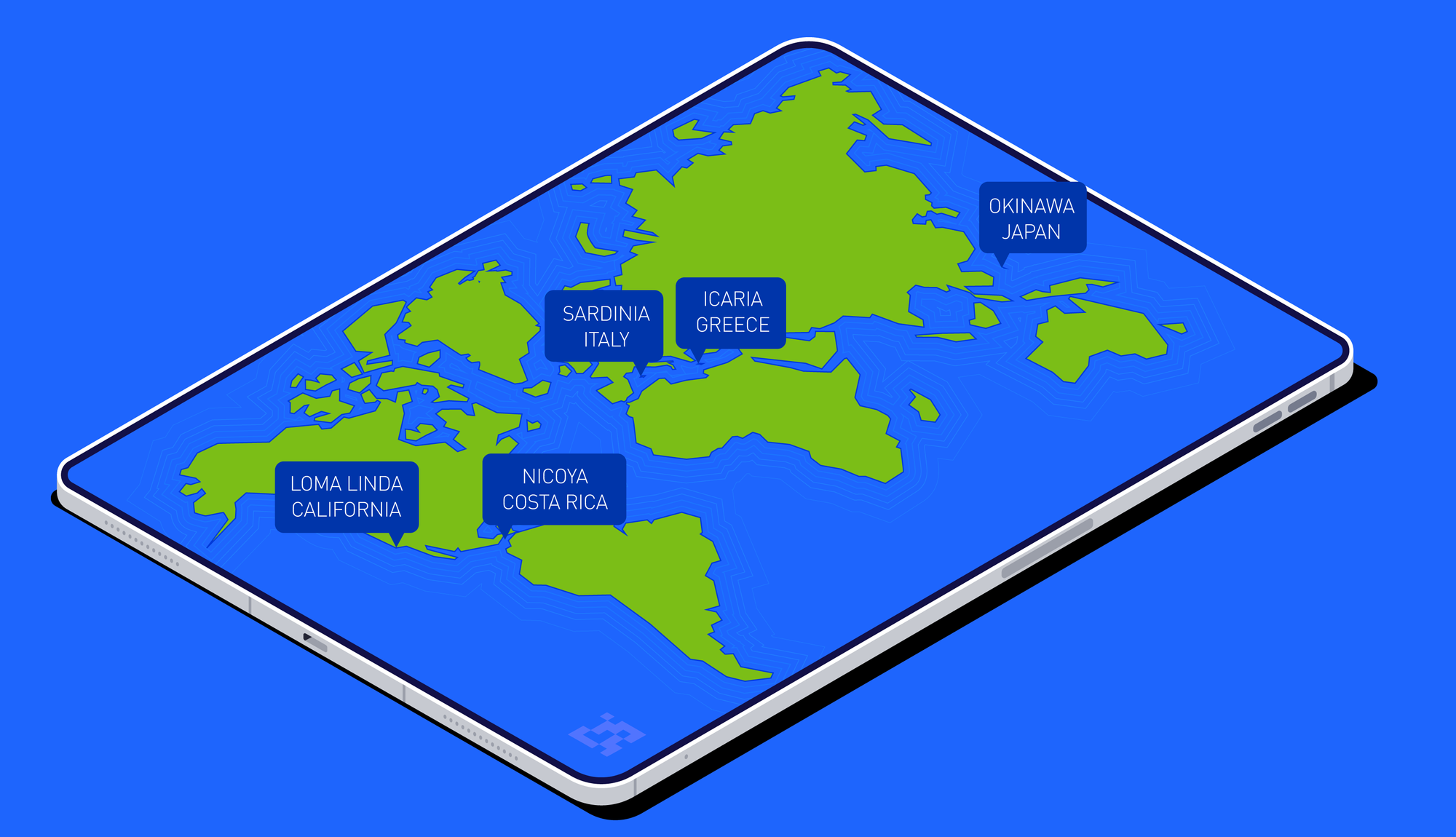 Clinical trials have linked the Mediterranean Diet with a reduced risk for colonic cancer and all-cause mortality.

Moreover, research consistently shows that the less red and processed meat you consume, the lower your risk of bowel cancer.

☝WARNING☝ If you are immunocompromised, probiotic foods with live microorganisms can pose a risk of infection.